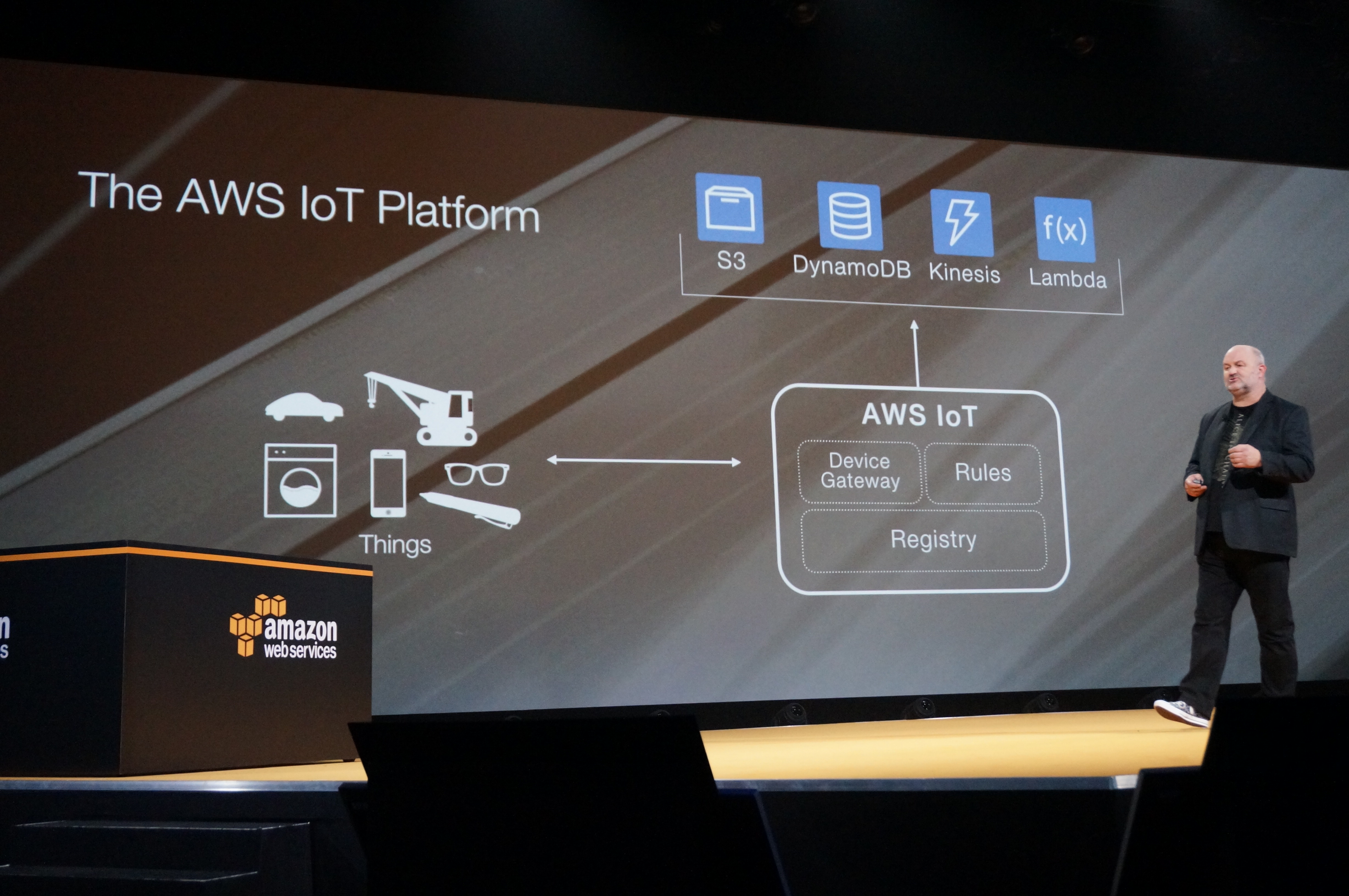 Connected does not necessarily mean useful, said Amazons CTO Werner Vogels during the keynote today, and indeed this is what Amazon is aiming at tackling with its mega platform: a place where the many different strands of creating services for disparate connected objects can come together into one place to be run in a cohesive way (all ultimately bring traffic and revenue to one consolidated company, too: Amazon).

Amazon notes that a message is a 512-byte block of data processed by AWS IoT.

Vogels notes that the platform will include a device gateway, a rules-based engine, a registry where you keep data about your devices (Give me all devices in this particular room, is the example Vogels mentioned) and also a feature that Amazon calls Device Shadows, which lets you track data about devices when they are offline and send it back into the system once they are back online.

Make way for another big player entering the Internet of Things space.Amazontoday is announcing its long-awaitedIoT platformforAWSat its re:Invent developer conference in Las Vegas.

Thecompany acquiredIoT platform2lemteryearlier this year, so todays announcement doesnt come as a huge surprise, especially given that some of Amazons competitorslike Microsofthave recently made IoT support one of the cornerstones of their cloud computing strategies.

The platform will make it easier for developers to ingest incoming data from devices using standard gateways and protocols like MQTT and HTTPS.

As with other AWS services,pricingfor the IoT platform is based around what you use with no minimum fees. Prices are based the number of messages published to AWS IoT (Publishing Cost), and the number of messages delivered by AWS IoT to devices or applications (Delivery Cost). As a sweetener to keep you in the AWS ecosystem, pricing does not include deliveries to certain AWS services, specifically Amazon S3, Amazon DynamoDB, AWS Lambda, Amazon Kinesis,Amazon SNS, and Amazon SQS.

AWS IoT offers a free tier of 250,000 free messages (published or delivered) per month, for 12 months. Thereafter, the pricing looks like this:

As Amazon describes it, it is a managed cloud platform that lets connected devices easily and securely interact with cloud applications and other devices. The platform, which is launching in beta, will be able to support billions of devices and trillions of messages, and can process and route those messages to AWS endpoints and to other devices reliably and securely.