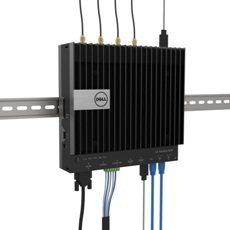 The iSim has its own Kigen OS, a low footprint operating system that runs in a CryptoIsland secure enclave. This solution will allow for the SIM identity, a microcontroller, and radio modem to be embedded on the IoT system-on-a-chip (SoC). This integrated solution means that device makers will be able to save space and money by combining the three components into one.

Cellular connectivity is enabled by SIM cards, and over the past few years these SIM cards have had to become smaller and smaller to allow smartphone manufacturers to add bigger batteries or other important features to their devices. Therefore, weve moved from the regular-sized SIM card to micro-SIM, to nano-SIM, and more recently the embedded card format, called eSIM.

Arm considers secure identity to be one of the main security principles addressed by the Platform Security Architectureit announced last fallfor IoT devices, along with trusted boot sequence, secure OTA updates, and certificate-based authentication. If a devices identity is unique and cannot be spoofed, companies could be more confident that untrusted devices cant connect to their servers, for example. Having that confidence will be crucial once companies start to manage billions of IoT devices.

The Pixel 2 was one of the first products to ship with an embedded eSIM that, at least in theory, allows device owners to switch carriers without having to replace their phones SIM card. But even the eSim might not be small enough for IoT devices.

The company said that adoption of its iSim and the Kigen family of products will lead to longer lifespan of deployment for devices, lower cost devices, higher scalability for IoT devices, and flexibility to address global markets with local provisioning. Arm will talk more about this technology at the Mobile World Congress (MWC), which will take place on February 26 at 11am in Hall 4, Auditorium 4. The company will also demo its latest technologies in Hall 6, Stand 6E30.

Arm believes that to truly enable the internet in the Internet of Things, were going to need to integrate cellular connectivity into every single IoT device out there used for smart grids, agriculture, or asset tracking. The company thinks that 15% of all IoT devices will have cellular connectivity by 2025, and the number of cellular-connected devices should continue to increase from there.

Thats why Arm developed an even smaller solution, the integrated SIM (iSim), which boasts a surface area of a fraction of a square millimeter and is compliant with the GSMA Embedded SIM Specifications.

Lucian Armasu is a Contributing Writer for Toms Hardware US. He covers software news and the issues surrounding privacy and security.

Arm announced iSim, a chip-based SIM solution that will make it cheaper for Internet of Things (IoT) device makers to integrate cellular connectivity into all of their devices. The company envisions a trillion securely connected devices, from device to cloud by 2035 and it wants manufacturers to use iSim to realize that vision.

Is sim card number be reprogrammed or is it hard wired?

Arm will also provide a Kigen remote provisioning server solution that will allow device makers to manage up to billions of devices at a time. The Kigen server could integrate with mobile network operators (MNOs), IoT service providers, module makers, and other enterprise services. Companies will also use the Kigen server to deliver over-the-air (OTA) updates to all the IoT devices it manages.