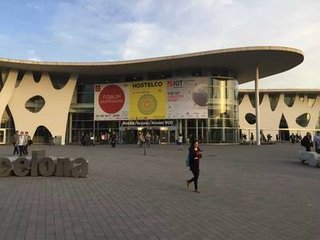 In J&K, a group of youngsters who call themselves Waruk, are working with the state Department of Tourism to help local artisans preserve Kashmiri arts and crafts

Why Indians drink less beer than rest of Asia; the reason is a little whiskey and a lot of restrictions

1 trillion GST mop-up, not enough! Heres why Modis worry is far from over

Bad news for India: Oil could spike to $80 a barrel, says JPMorgan

NASAs new head, Jim Bridenstine, has defended the new agency directive to return astronauts to the Moon, saying that the mission will not derail the US goal of becoming the first country to put humans on Mars.

Have a CIBIL score of 760? Bank of India offers home loans at cheaper rates to customers with good credit score

AIIMS Admit Card 2018 for MBBS goes online today at ; check how to download

Who is Angad Bedi? Meet Neha Dhupias husband – Things you may not know about him

Municipal employees on 3-day strike in Haryana, garbage starts to pile up at various places

PPF still remains one of the best investment avenues for the risk-averse investors and the common man. Here are a few things you need to know about this plan.

Buying the right policy requires basic knowledge of how car insurance works. It becomes pretty simple if you familiarise yourself with this knowledge.

Waruk: Preserving the arts and crafts in Paradise

Who was Anam Vivekananda Reddy? Former MLA and TDP leader who passed away at 67

Looming US sanctions: India may not cut oil imports from Iran

Breaking the norm! Transgender-couple in Kerala gets legally married – Big win for LGBT community in India

Bank of India will offer preferential pricing rates to borrowers with good credit scores for home loans of Rs 30 lakh and above, the state-run lender said.

The civil aviation ministry today said it is tough to meet the 2019 deadline for starting operations at the much-awaited Navi Mumbai airport.

The Northeast Frontier Railway has submitted feasibility studies to the Ministry of External Affairs to extend rail connectivity to Bhutan, officials said today.

HDFCs board approves raising up to Rs 85,000 crore through issuance of debt securities

How to manage your expenses so you are never broke

Car Insurance: Does it make sense to file your car insurance claim frequently?

The chief minister said, It is a very sad incident, dont raise slogans, stop your nautanki.

A section of Delhi University teachers today appealed to Dalit and minority voters in Karnataka to defeat the BJP in the May 12 assembly election, alleging the government led by the party at the Centre took steps to end reservations in appointments of faculties, privatise education and make the SC/ST (Prevention of Atrocities) Act toothless.

Ministry says no to merger of Jet Airways and JetLite

Bogibeel, Indias longest rail-road bridge, special for many reasons! These 10 facts will leave you awestruck

Why is Satish Kaushik saying sorry to Boney Kapoor over Anil Kapoor, Sridevi starrer this movie

Quantum technology gets a big boost in India

The railways has set a target of completing by 2019 the final location surveys of three strategic lines along the countrys border with China after the projects received the Cabinet Committee on Security (CCS) nod in December 2015, officials said today.

Beer is like Stockholm Syndrome: you dislike it until you start liking it and get addicted to it. And while world over, beer is a popular alcoholic drink, Indians drink it less than the rest of Asia.

DD vs SRH: Rishabh Pants batting blast explodes Twitter, here is how Twitterati reacted to his 128-run mayhem in Delhi

Swedish home furnishings retailer IKEA is coming to India, may open its 1st store in this city

Iran Fallout: FY19 subsidy bill could go up by 1/3

Life insurance: There are term plans which offer coverage up to the age of 80 years

IPL 2018: 5 expensive players who have failed to perform so far

Study says eggs do not increase cardiovascular disease risk; heres how many you can eat per week

Low cost, wearable sensors that assess walking gait can help detect Alzheimers disease early and monitor progression of the illness in a cost-effective way, a study has found.

The Income Tax Department (ITD) today said that at Rs 37.33 crore, it has seized six times more cash and jewellery in poll-bound Karnataka this time as compared to the last elections in 2013.

SAGITTARIUSYour creative energy should now be at a peak, but not perhaps because the stars are all on your side. On the contrary, challenging romantic stars remind us of the clich that all great art stems fromread more

Donald Trump not most powerful person of world, Check who is No.1

Are you buying a health insurance? Must check these 5 points

Heres how you can file an overseas travel insurance claim

Sun to turn into planetary nebula when it dies: Astronomers

To prevent elephants from straying on tracks, Indian Railways has a very novel idea

Krishnamurthy said the companys focus on making sellers succeed will continue with the same vigor as in recent years.

Kerala Plus Two Results 2018: DHSE 12 Result- From date, time to how to check subject scores, all you need to know

Under-stated support: India, US in another WTO tiff, ongrain

US Sanctions on Iran: India may revive rupee-rialtrade

Flipkart acquisition by Walmart a blow to Make in India campaign, says CPI-M

Indian Railways to build 3 strategic lines along China border; heres the status of the projects

The government is not considering cutting excise duty on petrol and diesel yet as rates have not touched levels that could trigger such an action, said Economic Affairs Secretary Subhash Chandra Garg.

How to prevent melanoma, most dangerous type of skin cancer? Avoid taking this medicine

5 recent initiatives by EPFO every member, pensioner should know