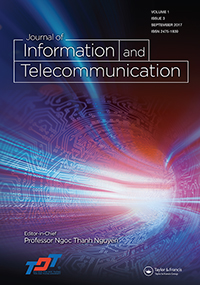 Trai had backed the basic principles of an open and free internet in its recommendations on net neutrality sent to the telecom department in November. It had then suggested that Internet of Things, as a class of services, should not be excluded from the scope of restriction on non-discriminatory treatment but certain critical services should be exempt from these rules.

Net neutrality requires service providers to treat all internet traffic equally and prohibits discrimination in the treatment of content, including practices such as degrading, slowing down or granting preferential speeds.

You are using an older browser version. Please use asupported versionfor the best MSN experience.

DoT will also frame a policy on traffic management practices for service providers and separately set up a body of industry representatives and civil society to monitor and enforce net neutrality norms.

Licence agreements with service providers will be immediately amended and will be subject to principles of net neutrality, telecom secretary Aruna Sundararajan told reporters on Wednesday after the Telecom Commission approved the policy. New Delhi:Internet access in India will remain unfettered with the government accepting the telecom regulators recommendations to introduce one of the strongest net neutrality protections in the world.

To put this into the licence agreements of telecom companies is the strongest way of ensuring that they do not violate net neutrality, said Nikhil Pahwa, editor and publisher ofMediaNamaand co-founder of . If an operator violates net neutrality, it will be a violation of licence conditions.

The Cellular Operators Association of India, however, has urged the government to review industry practices with respect to traffic prioritization to foster 5G-enabled applications and ecosystem in India. Many 5G applications will have stringent data communication requirements which require traffic management techniques, said Rajan Mathews, director general of the group.

In the age of autonomous vehicles and remote diagnostic surgery, you need to prioritize (the speed of) certain kinds of traffic so those categories of critical services which will be subsequently notified by the DoT will be kept out (of net neutrality norms) and that is in line with international practices; everything else will conform to core principles of net neutrality, Sundararjan said.