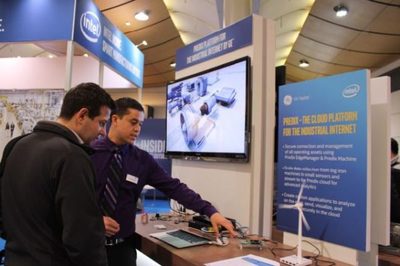 Give list of background articles on the shifting balance between cloud and edge computing and best practices in processing and filtering the streaming data from an IoT deployment.

Identify Gateway and Edge Intelligence software solutions for your deployment.

This field is for validation purposes and should be left unchanged.

Thousands of folks get ouronce a monthnewsletter for latest on connected services user and technology trends.

The Internet of Things Has a Gateway Problem(PDF 2/12015)

IoT gateways are devices positioned between edge systems and the cloud. They perform functions such as protocol translation, data processing/storage/filtering, and device security. Modern IoT gateways also play an increasingly import role in helping to provide edge analytics so that only the most important information and alerts are sent up to the cloud to be acted upon.

A programming model and micro-kernel style runtime that can be embedded in gateways and small footprint edge devices enabling local, real-time, analytics on the continuous streams of data coming from equipment, vehicles, systems, appliances, devices and sensors of all kinds (for example, Raspberry Pis or smart phones)

ProSyst provides a hardware- and OS-agnostic IoT middleware stack as well as the remote device management and software provisioning system running at service providers or device OEMs back end or in the cloud.

What are the technology and user trends that will shape your business?

The platform ingests data directly from equipment sensors without the need for extensive API libraries. A federated architecture supports analytics from control systems to the cloud, allowing the application of analytics to data while in motion.

FogHorn Lightning software for IIoT enables high performance edge processing, optimized analytics, and heterogeneous applications to be hosted as close as possible to the control systems and physical sensor infrastructure that pervade the industrial world.

Little IoT Agent (liota) is an open source offering for IoT solution developers and resides primarily on IoT gateways. Liota has been generalized to allow, via modules, interaction with any data-center component, over any transport, and for any IoT gateway. It is easy-to-use and provides enterprise-quality modules for interacting with IoT Solutions.

ProSyst provides a hardware- and OS-agnostic IoT middleware stack as well as the remote device management and software provisioning system running at service providers or device OEMs back end or in the cloud.

Who are the key Internet of Things gateway providers?

Datanami:The Data of Things: How Edge Analytics and IoT Go Hand In Hand(9/2015)

Empower analytics at the edge of your IoT network with the intelligent Dell Edge Gateway for richer business insights.

Building A Raspberry Pi Based Smart Gateway For IoT

Cisco:Fog Computing and the Internet of Things(2015 – PDF)

Gateways are emerging as a key element of bringing legacy and next-gen devices to the Internet of Things (IoT). They integrate protocols for networking, help manage storage and edge analytics on the data, and facilitate data flow securely between edge devices and the cloud.