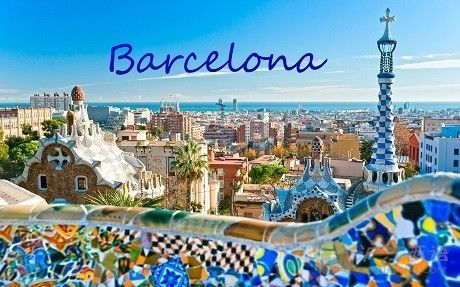 10 IoT companies will be pitching in front of a top-notch jury at the beautiful Antiga Fbrica Estrella Damm in Barcelona on Monday, February 26th, 2018 (from 7PM). Its a unique opportunity to meet and network with C-level industry leaders, entrepreneurs, designers, developers, investors, press & media working in the Internet of Things (IoT) ecosystem.

Join us at the amazing IoT Stars MWC 2018, the 4th edition of the best event for Internet of Things companies during the MWC in Barcelona.

We are gathering some top global influencers for some inspiring talks, insightful panel discussions and startup pitches offering you a glimpse into the future of the Internet of Things, its current trends, opportunities and challenges.

IoT Stars is a unique event forIoT companiesto pitch in front of a top-notch international jury and for companies to connect to a C-level audience of entrepreneurs, developers, designers, investors, industry players, press and media working in the Internet of Things (IoT) ecosystem.

Slock.it, the company writing the code for the DAO raised an equivalent of $120m in digital currency

Sentiance Raises $5.2 million in Series B Financing Round Led by Samsung Catalyst Fund

Avegant raises $24M in Series B round

Omnio was selected at the Techstars IoT at NYC 2017.

Early Bird tickets are sold out, you can buy your Standard tickets until February 15th. Below is a selection of success stories of companies who presented during the last 3 editions of the IoT Stars MWC event:

If you want to meet up to most influential people in the IoT world, you cant miss the IoT Stars Networking event.