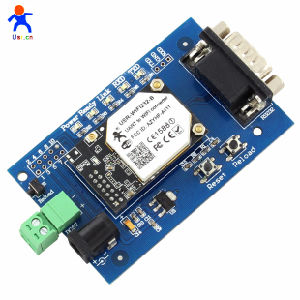 Internet of Things, or IoT technology, has become a more prevalent idea. People are aware of software in devices, appliances, and vehicles which allows non-computing devices to communicate.

The industry most likely to see significantgrowth in IoT adoption is retail, as retailers are beginning to understand the amount of information available via IoT use. However, analytics and data will not be the driving force in IoT growth in retail. Furthering the customer experience will be the main driver of IoT expansion.

IoT is a disruptive technology, growing organically over the last few years. The result is a fragmented universe of devices communicating through the internet.

Every device that is part of a business network will be streaming data into the system on an almost constant basis. Companies looking to bring IoT into their business model will need to come up with storage solutions for the data.

As more businesses adopt and bring IoT technology online, more data will be collected. This will cause some growing pains for businesses as they decide where and how to store the flood of data.

Several days ago, the New York Times printed an article regarding Amazon and Googles applications for new patents. The…

So what is in store for IoT as we move into the new year?

In addition to storage concerns, understanding data will become a larger focus. More information will lead to more innovation in how to analyze and understand the data. Artificial Intelligence and machine learning will move center stage in data analytics, becoming a necessity.

Retail will not be the only industry to expand. With the prevalence and exponential growth in wearable devices, Healthcare will likely move to utilize technology for patient benefit.

As mentioned in previous articles, these devices are not designed to have user interfaces. Nor do they have heavy security protocols. Yet hackers access devices every time they are connected to the internet. Security is a growing concern as more devices come online and IoT technology grows.

Very often phrases become part of business or pop language without background understanding. As our language evolves, so do…

As the world becomes more connected via IoT devices and smart phones, the ability of viruses to spread increases…

Unfortunately, there is little infrastructure in place to help secure these devices. Many theories have been proposed, ranging from traditional security protocols to implementation of blockchain communication methods. Yet security companies have yet to recommend a standard operating procedure.

Unfortunately, without attention to security, a business could pay out as much as they gain in security breaches. As businesses move into IoT, security needs to be forefront.

Although vehicles and homes have been equipped with smart devices for a while, business has been slower bringing IoT devices into operations. As IoT continues to spread and become more prevalent, more industries will try to capitalize.

Tech companies are already working through solutions to reduce network usage and process the large amount of data. Yet for late adopting businesses, processing data will not appear a priority until after network usage begins to slow down business.

IoT technology has moved past early adoption, meaning more and more mainstream enterprises are accepting and capitalizing on the technology. However, business is behind consumer use, not yet fully integrating the technology into business models.

However, one thing that may become apparent in 2018 is the consumers capacity for marketing notifications. As retailers and other industries maximize exposure via devices, marketing will reach higher saturation. By the end of 2018, we could see just how much branding consumers can handle.

Over the last several months consumers have watched as bitcoin exploded in value, only to take a sharp drop…

Businesses who move to embrace and maximize IoT in the upcoming year will find they have more information and more understanding into their businesses. More information means better business decisions, which could lead to better revenue. Increased efficiencies could streamline operations, allowing for better return overall.

Despite IoT devices existing for over a decade, the technology itself is still considered relatively new. Business is beginning to approach IoT as a technology worth embracing.

This means we will see growth in software development and real-time data analysis as companies attempt to learn from the streams of information at their disposal. Big Data will become a larger field of study and employment.