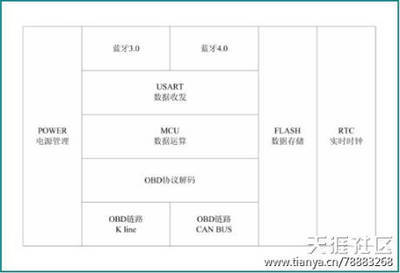 This image shows the SEV during a 2008 desert test in Arizona. The crab style steering allows the vehicle to turn on a dime with a zero turning radius and drive in any combination of forward and sideways, says NASA.

NASAs new Orion crew capsule looks huge when compared with the much earlier Mercury spacecraft. Here, astronaut John Glenn climbs into the Mercury Friendship 7 in 1962 for the first orbital flight of a US astronaut. The cramped capsule had room for just one person.

This image shows a version called Tri-Athlete during a 2009 test session in the Arizona desert.

The International Space Station is home away from home these days for astronauts from many countries, including the US. But Skylab was the original US space station. In orbit from 1973 to 1979, Skylab was the first crewed research laboratory in space.

When it comes to longevity, NASAs Voyager 1 and Voyager 2 spacecraft are champions. They both launched in 1977 are still going today. In 1998, Voyager 1 became themost distant human-made object in space.

The Crawler Transporters moved Saturn rockets around the space center for the Apollo program. NASA has since upgraded the crawlers for its new Space Launch System rocket, which is designed to work with the agencys Orion spacecraft.

The probe will rely on measurements and imaging to revolutionize our understanding of the corona and the Sun-Earth connection, says NASA.

NASA picked this people mover up from the Dulles International Airport in Virginia in 1990. The space agency converted it into a Space Shuttle Crew Transport Vehicle to help astronauts get on and off the space shuttle. NASA later loaned it to the Edwards Air Force Base Flight Test Museum in California.

The Boeing plane was originally made for commercial use, but NASA had it modified with devices that could hold a space shuttle in order to ferry it from a landing site back to the launch site. The double-decker look was stunning.

Voyager 1 is currently in interstellar space, while Voyager 2 is in the heliosheath, whichNASA describes asthe outermost layer of the heliosphere where the solar wind is slowed by the pressure of interstellar gas. Both craft are expected to operate some of their science instruments through at least 2020, with engineers hoping to continue collecting science data through 2025.

NASA astronaut Neil Armstrong sits in the Lunar Landing Training Vehicle at Ellington Air Force Base in Texas in 1969. The contraption, nicknamed the flying bedstead, allowed Apollo astronauts to practice landing on the moon.

Pixel 3, new Chromecast, Pixel Slate and more: Everything we expect from the Google event this Tuesday

Spider-Man: Into the Spider-Verse footage ropes in fans at NYCC

In looking ahead to a possible return visit to the moon, NASA unveiled alunar truckprototype in 2007. The six wheels can be steered independently in any direction.  In this photo, spacesuit engineer Dustin Gohmert drives the truck through the Johnson Space Centers Lunar Yard, a test area designed to replicate the landscape of the moon.

Spider-Man: Into the Spider-Verse footage ropes in fans at NYCC

This looks like a weird, flat building — until you spot the giant treads.NASAs Crawler Transportersare designed to move massive rockets onto launch pads. These huge vehicles arrived at NASAs Kennedy Space Center in Florida in 1965, when they were the largest self-powered land vehicles in the world.

This is the still-under-construction Orion crew module in July 2018. As NASAs next-generation spacecraft, Orion is designed to take astronauts to the moon and beyond.

A helicopter on Mars? NASA is planning to venture around the surface of the Red Planet in its Mars 2020 mission. The space agency showed off aprototype of a dainty Mars-chopperin early 2015. NASA announced in early 2018 it is planning to send an actual marscopter to Mars.

Here, the Super Guppy is getting ready to move an Orion spacecraft pressure vessel from Louisiana to Florida in early 2016. The Super Guppy can haul over 26 tons of cargo.

NASA has spent 60 years turning sci-fi visions of the future into reality. Reaching out to the moon and planets has required the space agency to dream up vehicles that can haul humans into space, travel across the lunar surface and survive the rigors of Mars.

NASAs wildest rides: Extreme vehicles for Earth and beyond New Horizons is now heading deeper into the Kuiper Belt on its way to a new flyby target called 2014 MU69 and nicknamed Ultima Thule. The probe is looking for clues to the formation of the solar system.

To avoid frying in the intense heat, the spacecraft is equipped with an actively cooled carbon heat shield. The shield is surprisingly thin, but is designed to keep instruments at around 85 degrees F (29 degrees C) despite dealing with temperatures of 2,500 degrees F on the sun-facing side of the probe.

The helicopter — with a body the size of a softball — will fit in the belly of the Mars 2020 rover and will attempt a flight in the thin Martian atmosphere. It is designed to fly autonomously and could open up a new era for Mars exploration, giving NASA eyes in the sky to examine rugged landscape.

The 24 deadliest animals on Earth, ranked

NASAs New Horizons spacecraft sits in a clean room in 2005. The probe launched in 2006 on an epic journey to study dwarf planet Pluto and the Kuiper Belt beyond. New Horizons closest approach to Pluto came in 2015, and it delivered spectacular images of the visit back to Earth.

Taller than the Statue of Liberty, the Saturn V Heavy Lift Vehicle rocket was a key piece of NASA history. The space agency built it to help get astronauts to the moon. The rocket generated 34.5 million newtons (7.6 million pounds) of thrust at launch, creating more power than 85 Hoover Dams,says NASA.

Orion will serve as the exploration vehicle that will carry the crew to space, provide emergency abort capability, sustain astronauts during their missions and provide safe re-entry from deep space return velocities,says NASA.

The Lunar Roving Vehicle looks a bit like a dune buggy, but it was built to help Apollo astronauts travel across the dusty surface of the moon. The first moon rover rolled out during the Apollo 15 mission in 1971. The LRV traveled over 17 miles, logging more than three hours of driving time.

This photo shows the shuttle Atlantis landing in 2007 after a 14-day mission to the International Space Station.

Astronaut Bruce McCandless II floats free in space in 1984 thanks to NASAs Manned Maneuvering Unit, a nitrogen-propelled backpack designed to increase mobility during spacewalks. This was the first use of the MMU, which took place during a space shuttle mission. NASA developed the MMU as a way to capture faulty satellites.

The use of less structurally-rigid wings could be critical to future long-range, fuel-efficient airliners,says NASA.

Skylabs orbit decayed, and the spacecraft re-entered Earths atmosphere in 1979, scattering pieces of itself across a section of Western Australia.

NASAs Curiosity rover snapped this selfie on Mars in early 2013. The rugged rover landed on the Red Planet in 2012. While NASAs previous rover, Opportunity, is solar-powered,Curiosity usesa radioisotope power system that generates electricity from the heat of plutoniums radioactive decay.

This image comes from theApollo 17 missionin 1972 and shows astronaut Eugene A. Cernan taking the moon buggy for a spin.

NASAs X-56A test plane has a charmingly toothy paint job, but thats not its only interesting feature. The small aircraft has lightweight, highly flexible wings. NASA researchers are working to combat an issue called flutter, whichNASA describesas a destructive vibration that can occur at lower speeds with this type of wing.

Pixel 3, new Chromecast, Pixel Slate and more: Everything we expect from the Google event this Tuesday

I had made from 50 to 60 landings in the trainer, and the final trajectory I flew to the landing was very much like those flown in practice. That of course gave me a good deal of confidence a comfortable familiarity,said Armstrong, who became the first human to set foot on the moon during the Apollo 11 mission in 1969.

NASA sure knows how to put together a good acronym. TheAll-Terrain Hex-Legged Extra-Terrestrial Explorer(Athlete) is a leggy vehicle built to tackle even the toughest terrain.

Athlete is envisioned as a heavy-lift utility vehicle to support human exploration of the lunar surface, useful for unloading bulky cargo from stationary landers and transporting it long distances,says NASA.

Before Opportunity, Spirit and Curiosity, NASA sent the Sojourner rover to Mars as part of the Pathfinder mission. The dainty rover landed in 1997.NASA describesit as the first wheeled vehicle to be used on any other planet in the solar system. It gave the space agency a blueprint for future rover expeditions.

NASAsParker Solar Probelaunched on its mission to touch the sun in August 2018. Its set to get within 4 million miles (6.4 million kilometers) of the suns surface.

When NASA needs to move really big equipment around, it turns to its Super Guppy aircraft, a cargo airplane that opens wide near the nose to accommodate oversized gear.

This is a NASA artists rendering of Voyager.

This majestic bird is anX-15 rocket-powered hypersonic airplaneseen after launching from a B-52 mothership. The X-15 hypersonic research program involved NASA, the Air Force, the Navy and North American Aviation.

This may be the universes coolest SUV, even if it hasnt been used off Earth yet. NASAsSpace Exploration Vehicleis a concept designed to explore off-world environments. Its roughly the size of a pickup truck and can support two astronauts for 14 days. The lower windows let astronauts study the ground without having to get out.

The Saturn V first flew in 1967 for the Apollo 4 mission. The last Saturn V took off in 1973 and ferried the Skylab space station into Earth orbit. This image shows the Skylab launch.

The space shuttle remains one of NASAs most iconic spacecraft designs. Altogether, five shuttles were in operation from 1981 to 2011, flying a total of 135 missions.NASA describes the shuttleas humanitys first reusable spacecraft.

The six-wheeled robotic explorer rides on aluminum wheels and is designed to handle Mars rocky landscape. Its stocked with sensors, cameras and science gear to aid its mission, which is to study the conditions on Mars and look for signs that the planet once supported life.

Moving a space shuttle from place to place was an interesting endeavor. NASA used this specialized 747 Shuttle Carrier Aircraft, seen here with Discovery on its back in 2012.