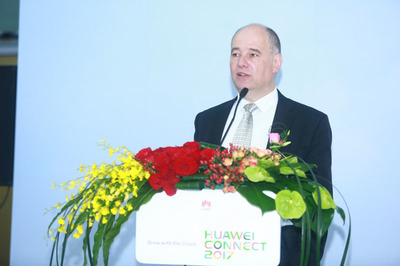 San Mateo-based SpaceTime Insight is an industrial IoT (IIoT) software analytics platform that helps companies protect their devices and assets across their network. It works with a range of companies from manufacturing, transportation, energy, and more to minimize downtime due to technical failures, using machine learning to predict the probability of asset failure. The company had raised around $50 million since its inception in 2008.

Nokia is doubling down on its internet of things (IoT) business with the acquisition ofSpaceTime Insight. Terms of the deal were not disclosed.

Above: Nokia Security Center in Berlin.

This latest news comes less than a week after Nokia confirmed it wasselling its consumer-focused Nokia Health division, formerly known as Withings. That Nokia is buying an IIoT business is in line with its renewed areas of focus, which include a shift away from consumer products toward licensing and business-to-businessoperations such as 5G infrastructureand IoT.

Nokia expects the Spacetime Insight acquisition to impact its IoT application roadmap within 18-24 months, according to a statement issued by the company. This deal also expands Nokias reach into other industries, including transport and logistics, energy, and manufacturing.

The acquisition has already closed, and SpaceTime Insight CEO Rob Schilling will become part of Nokia Softwares IoT product unit as a result of the deal.

Kubernetes and microservices: A developers movement to make the web faster, stable, and more open

Adding SpaceTime to Nokia Software is a strong step forward in our strategy and will help us deliver a new class of intelligent solutions to meet the demands of an increasingly interconnected world, said Nokia Software president Bhaskar Gorti. Together, we can empower customers to realize the full value of their people, processes, and assets and enable them to deliver rich, world-class digital experiences.

Will Silicon Valley grow beyond the Brotopia boys club?