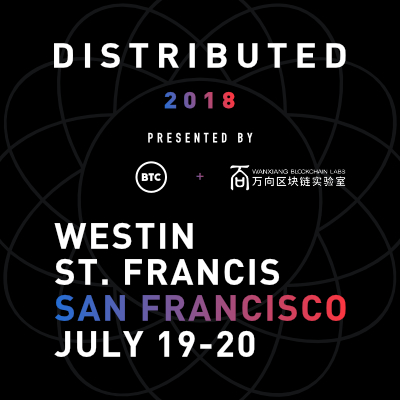 Data gathered by cars, including data useful for navigation, can be encrypted locally in a distributed blockchain; access to that data can then be sold to integrators and other drivers. This data aggregation can provide autonomous self-driving cars with swarm data gathered by other vehicles and analyzed with Artificial Intelligence (AI) techniques such as machine learning. Gathering and selling swarm data, which would likely include real-time road and traffic conditions, could be a viable business model in and of itself.

[We] focus on developing artificial intelligence systems that are directly applied on local data in a distributed system, notesa XAIN post. One of our scenarios hereby is, e.g., autonomous driving, which we developed together with the University of Oxford and Porsche as a leading German carmaker.

Crypto On the Go: Prague Subway Gets 10 New Bitcoin ATMs

[The] technology makes it possible to assign temporary access authorizations for the vehicle in a secure and efficient manner, notes the Porsche press release echoing Szabos prophetic words. A protected connection to vehicle data and functionalities can be established using blockchain. At the same time, it protects all communication between participants.

According to the company, the applications successfully tested include locking and unlocking the vehicle via an app and authorizing temporary access.

The acronym XAIN stands for eXpandable AI Network, defined as a blockchain-based, open or permissioned system with a focus on small, low-energy IoT devices that can be embedded in, for example, cars.

According to Porsche, the car becomes part of the blockchain. Access authorizations can be distributed digitally and securely and can be monitored by the vehicle owner at any time.

At a visionary technology conference in 2001, legendary cryptographer Nick Szabo used the same examples to illustrate the concept of smart contracts that solved the problem of trust by being self-executing and having property embedded with information about who owns it. For example,Szabo noted, the key to a car might operate only if the car has been paid for according to the terms of a contract.

XAIN started as a research project at the University of Oxford to boost blockchain technology applications through AI. In June 2017, XAIN AG won the first Porsche Innovation Contest, finishing ahead of more than 120 other startups.The companys technology stack is based on the Ethereum blockchain andreinforcement learning, a modern family of machine-learning methods. AXAIN yellow paperprovides detailed information on XAINs technology stack and solutions.

[For] our distributed intelligent systems, we actually require a dynamic, adaptable and energy-efficient infrastructure for organizations and any kind of device to purposefully work together in an equally-distributed, privacy-preserving and secure network, concludes the XAIN post, stating that appropriately configured blockchain technology can play a part in viable technological solutions to this challenge.

XAIN wants to leverage distributed machine learning to train self-driving cars on the basis of local data, enriched by synthetic and general data, such as weather conditions. This can improve autonomous driving in regions like Europe and Asia, which are not sufficiently covered by global solutions trained in Silicon Valley. We can use blockchain to transfer data more quickly and securely, giving our customers more peace of mind in the future, whether they are charging, parking or need to give a third party, such as a parcel delivery agent, temporary access to the vehicle, said Oliver Döring, Financial Strategist at Porsche. We translate the innovative technology into direct benefits for the customer.

The biggest stories in bitcoin delivered weekly to your inbox

Op Ed: Why Millennials Migrate to Blockchain Technology and Cryptocurrency in Droves

Thank you! Please check your inbox to confirm your subscription.

Besides mentioning smart contracts and machine learning, Porsche did not release information on its blockchain and AI technology stacks. However, the company statement reveals that the auto manufacturer is working in partnership with Berlin-basedXAIN, a developer of solutions based on blockchain, AI and Internet of Things (IoT) technologies, with a particular focus on intelligent industrial applications.

We are always looking for quality content, news, and analysis about cryptocurrencies. If you have an article youd like to have published to our audience please reach out

Porsche is currently testing in-car blockchain applications. The companyannouncedthat it will be the the first major carmaker to implement and successfully test blockchain technology in a car.

No spam, we promise – unsubscribe anytime