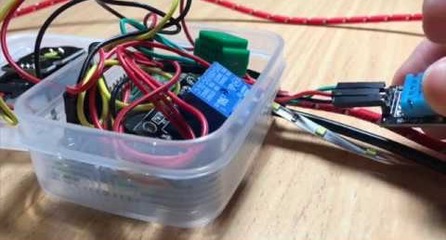 IoT developers, architects, and executives have an important stake in ensuring that they build state-of-the-art security into the systems that they design. There are several aspects to securing an IoT system, including but not limited to:  compliance with international standards, intelligent authentication and authorization, and the use of powerful encryption.

That is why best practice and the compliance with standards such as the International Organization for Standardization (ISO) 27000 family is crucial. The ISO 27000 family of standards incorporates a process of scaling risk and valuation of assets, with the goal of safeguarding the confidentiality, integrity, and availability of written, oral, and electronic information.

The most commonly cited concerns with the Internet of Things among consumers are around security. As connected devices proliferate in our homes and workplaces, they exceedingly become more intertwined with our daily activities. The IoT data that flows from those devices becomes our digital fingerprint and tempering with this data can have wide spreading implications. The security stakes are high, not only for private citizens, but also for enterprises and governments.

[] Michelle CorbinCreated on May 23, 2016 / Modified on September 6, 20160 Comments For the past couple of years, it seems that everyone who talks about the Internet of Things (IoT) also talks about the challenge of security in IoT. (See this December 2013 post, Securing the Internet of Things: Where Do You Start?) In a recent study of IoT developers, security is seen as a leading concern. Any IoT platform that developers use must have an answer to how to secure IoT solutions, and IBM® Watson™ IoT platform has definitely built security into theirs. []

Watson IoT Platform is built on the highest standards of security internally and has been audited by a third party firm to ensure compliance specifically withISO 27001. This is the key standard that defines the best practices for information security management processes and ensures that the right measures are implemented, documented, and maintained. The Watson IoT Platform extends the same grade of security to applications that leverage the available security features fully.

IoT security cannot be an afterthought, so leverage an IoT platform by a proven brand like IBM that has operated the backbone of large enterprises, banks, and governments for decades and is a leader in Internet and cloud security. If you would like to understand the security features of the Watson IoT Platform and the underlying security of Bluemix and Softlayer please visit thesecurity sectionin our documentation.