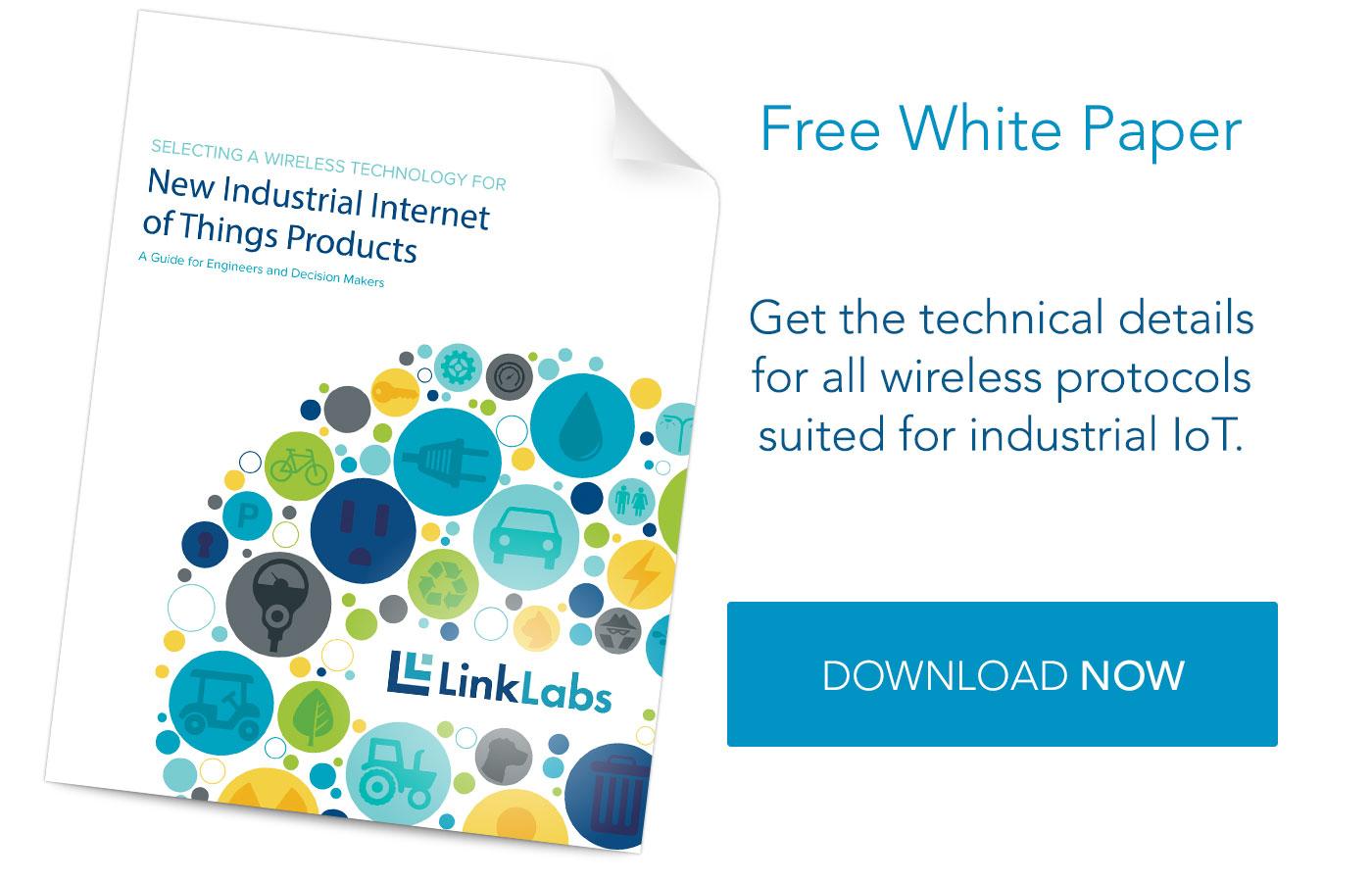 ZigBee is a 2.4 GHz mesh local area network (LAN) protocol. It was originally designed for building automation and controlso things like wireless thermostats and lighting systems often use ZigBee.

With LTE, its worth understanding that carriers typically dont have to modify hardware for their basestations; upgrades can be done entirely through software. This really helps with infrastructure costs, because companies wont necessarily need new cellular basestations, just new endpoint hardware.

DigiMesh is one of a number of proprietary mesh systems. You can learn about the differences between it and ZigBee inthis white paper.

See also:ZigBee Vs. Bluetooth: A Use Case With Range Calculations

MiWi isMicrochipsproprietary network protocol. It was created for short-range networks and designed to help customers reduce their products time to market.

6LoWPAN uses a lightweight IP-based communication to travel over lower data rate networks. It is an open IoT network protocol like ZigBee, and it is primarily used for home and building automation.

2G is the old-school TDMA (usually) cellular protocol. ATMs and old alarm systems used this and in most parts of the world it is phased out or in the process of being phased out.

If you have a Samsung device, you probably have a radio with their protocol in it. ANT & ANT+ seem somewhat like another type of BLE system, designed to create networks that piggyback off of existing hardware. A lot of devices have ANT or ANT+ compatible chips in them, and the idea is that if you get enough of these radios added to the world, you can use them together as a mesh.

Looking for more information about the latest IoT technologies, like LPWAN, LoRa, M2M,

SigFox is a global IoT network operator. It uses differential binary phase-shift keying (DBPSK) in one direction and Gaussian frequency shift keying (GFSK) in the other direction. SigFox and their partners set up antennas on towers (like a cell phone company) and receives data transmissions from devices such as parking sensors or water meters.

Thread is an open standard, built onIPv6and 6LoWPAN protocols. You could think of it as Googles version of ZigBee. You can actually use some of the same chips for Thread and ZigBee, because theyre both based on 802.15.4.

Before Link Labs, Glenn worked at the Department of Energy bringing energy efficiency to main street businesses, and was also a co-founder of ECORE Ventures, a cleantech project development company. He graduated from the U.S. Naval Academy, where he eventually went back to teach Energy Policy as a military officer and civilian professor. Prior to his return to USNA, he was a submarine officer stationed in Virginia on a guided missile sub.

Ingenu has created something called random phase multiple access (RPMA), which uses Direct Sequence Spread Spectrum (DSSS) and is similar to code division multiple access (CDMA) cellular protocols. Before IoT was a thing, Ingenu (then OnRamp) was selling metering infrastructure that collected low power information from electricity meters. Now, its rebranded and is trying to become a broader player in the field (like SigFox).

5 Benefits Of The LTE Cat-M1 Platform By Link Labs

NB-IoT, or Narrowband IoT, is another way to tacklecellular M2Mfor low power devices. It is based on a DSSS modulation similar to the old Neul version of Weightless-W. Huawei, Ericsson, and Qualcomm are active proponents of this protocol and are involved in putting it together.

Z-Wave is a sub-GHz mesh network protocol, and is a proprietary stack. Its often used for security systems, home automation, andlighting controls.

Get in touch with us! We know quite a bit about these IoT network protocols and would love to help you however we can.

BLE is a version of Bluetooth designed for lower-powered devices that use less data. To conserve power, BLE remains in sleep mode except when a connection is initiated. This makes it ideal for wearable fitness trackers and health monitors.

But first, a word of caution: Dont worry so much about the protocol until you know precisely what your application needs. Deciding you need interoperability or a protocol led by a big name industry player before understanding what kind of technology is right for your application simply wont do. Our advice? Get to know these IoT network protocols, but dont get your mind set on any of them until you know what you need to accomplish.

See also:LTE-M & 2 Other 3GPP IoT Technologies To Get Familiar With

This is the first cellular wireless protocol that was build from the ground up for IoT devices. That being said, it isnt available yet, so how it performs remains to be seen.

Get the latest IoT news and insights in your inbox. Below, weve compiled an extensivebut not exhaustivelist of Internet of Things (IoT) protocols, in no particular order. If youre looking for an IoT network protocols comparison, this is great place to start.

Glenn is the Vice President of Business Development at Link Labs. He is in charge of generating new business, interacting with distributors, sales reps, partners, and customers, and answering any technical questions that arise to ensure that the engineers can spend their time developing technology.

What Is LoRa? A Technical Breakdown

Dash7 is an open-source wireless network protocol with a huge RFID contract with the U.S. Department of Defense.

Weightless-W is an open standard designed to operate in TV white space (TVWS) spectrum. Using TVWS is attractive in theory, because it takes advantage of good ultra high frequency (UHF) spectrum thats not otherwise in usebut it can be quite difficult in practice.

Weightless-N is an ultra narrowband system that is very similar toSigFox. Instead of being a complete end-to-end enclosed system, its made up of a network of partners. It uses differential binary phase shift keying (BPSK) in narrow frequency channels and is intended for uplink sensor data.

3G was the first high speed cellular network, and is a name that refers to a number of technologies that meetIMT-2000 standards. 4G is the generation of cellular standards that followed 3G, and is what most people use today for mobile cellular data. You can use 3G and 4G for IoT devices, but the application needs a constant power source or must be able to be recharged regularly.

The LoRa® name, LoRa® logo and LoRaWAN™ are trademarks of Semtech Corporation or its subsidiaries in the U.S. and/or other countries.

Though it likely wont be released for another five years, 5G is set to be the next generation of cellular network protocol. Its designed for high throughput, and it will probably face the same issues as 3G and 4G in regards to IoT.

There are two types of radio frequency identification: active and passive. This protocol was designed specifically so devices without batteries could send a signal. In most systems, one side of an RFID system is powered, creating a magnetic field, which induces an electric current in the chip. This creates a system with enough power to send data wirelessly over and over again. Because of this, RFID tags are used for shipping and tracking purposes.

LoRaWANis a media access control (MAC) layer protocol designed for large-scale public networks with a single operator. It is built using Semtechs LoRa modulation as the underlying PHY, but it is important to note that LoRa and LoRaWAN are two seperate things that are often (mistakenly) conflated.

With LTE classes, the lower the speed, the lower the amount of power they use. LTE Cat 1 and 0 are typically more suitable for IoT devices. (You can learn more about them in thisRadio-Electronicsarticle.)

Near field communication is precisely as it soundsIoT network protocols used for very close communication. When you wave your phone over a card reader to pay for groceries, youre likely using NFC.

long-range wireless and more?Here are a few resources to get you started.

Weightless-P is the latest Weightless technology. It offers two-way features and quality of service tiers, which we think is very important.