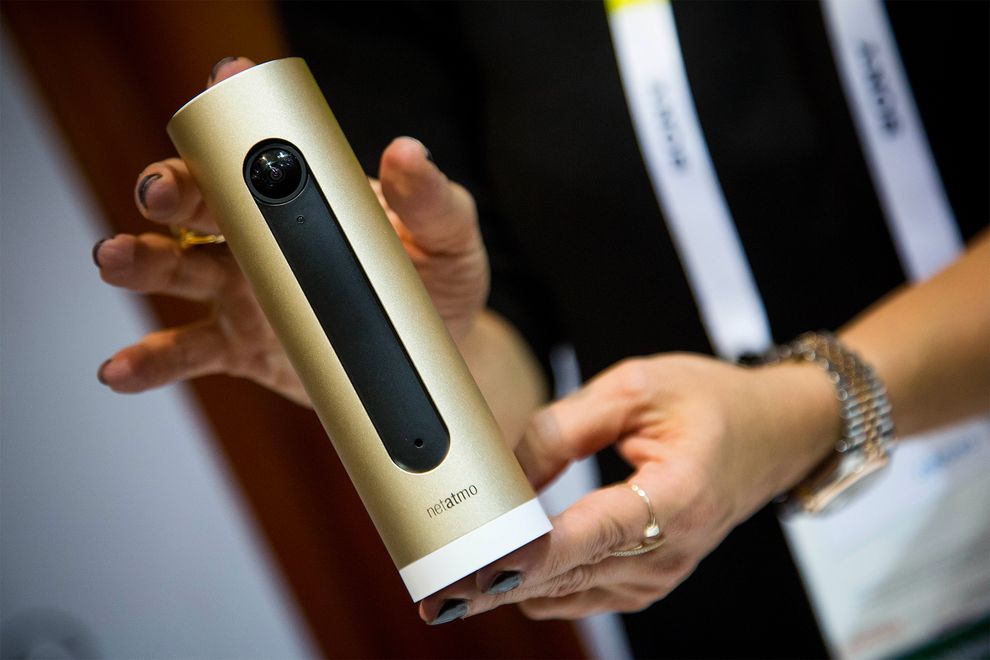 Its reducing the load on the power grid and saving consumers money, Soucie says, noting that such a system spreads out the demand for electricity.

Theres a lot of exciting potential out there. For the first time, appliances can be better informed about when to run so they avoid peak-hour pricing. We are in the early stages, but were already seeing consumers seeking out these benefits.  says Ben Artis, Whirlpools senior category manager of smart homes.

In the not-too-distant future, many, if not most, aspects of our everyday lives will be digitally observed and stored. That data trove will contain a wealth of revealing information that, when patched together, will present a deeply personal and startlingly complete picture of each of us.  Edith Ramirez, chair of the Federal Trade Commission.

Future Tech 15 Realities Of The Coming Future In A Minute Whatever its challenges, smart-home gadgetry is expected to take off. One of every five U.S. homes with broadband access will buy at least one smart-home device within a year, pushing up sales of these devices from 20.7 million in 2014 to 35.9 by 2016, according to asurvey released in October by the Consumer Electronics Association. Half of the surveyed buyers were under 35 years old.

Fashion Innovation News Microsoft Partnership With London College of Fashion. In one of…

Innovation in Fashion. The most trustworthy, authoritative resource in Wearable Tech and Fashion Tech.

Join our mailing list to receive the latest news from wearable tech, fashion tech and all emerging technologies.

The Inception Of Wearables In The Workforce

Its going to take time, but theres great momentum, says Mike Soucie, who leads Nests partnership program, Works With Nest. In July, his company joined Samsung and others in launchingThread Group, aimed at building a new communication standard that all devices can use.

They monitor behaviourvia motion sensors, Bluetooth signals, or facial-recognition technologyto identify when we are home or away and make corresponding tweaks to room temperatures or lighting.They come from Kickstarter-funded startups as well as industry stalwarts such as Samsung and LG.

Whirlpools new Smart Top Load washer and dryer, seen at CES this week, can connect with the Nest thermostat and customize cycles to take advantage of off-peak electricity rates.

These products are part ofthe Internet of Things (IoT), aimed at automating our lives by connecting mobile devices to appliances, lights, and just about everythinga shift that could improve efficiencyif it works right, but compromise privacy if it doesnt.

In the near future, you may no longer need to remember to turn the oven off when the cake is done, switch on lights when you enter a room, or run the clothes dryer when electricity rates are cheapest. Your home will do it for you.

To address privacy, the new facial-recognition cameraNetatmo Welcomekeeps track of which family members are home but doesnt store that information online, only on the devices memory card.

Fashion Revolution In The Digital Era

We look at the house as a very sacred place, says Nests Soucie. We do everything we can to protect the information we collect. If a partner company is hacked, he says Nest data wont be divulged because its not stored on other sites. He says smart devices offer convenience, but he adds: Theres a tradeoff.

Top 4 nanotechnologies already used in fashion. According to the Consumer Products Inventory, more…

The surge in innovation can be overwhelming, says Michael Wolf, chief analyst of Next Market Insights, a research firm that tracks emerging technologies. He says consumers are bombarded with so many choices that its kind of confusing, because you dont know which ones will work together.

Since consumers will likely get frustrated if products dont work with each other, companies are now rallying to create one language.

Fashion Innovation News Microsoft Partnership With London College of Fashion. In one of…

Fashion Tech Research In 2018. Nanoengineered functional textiles are revolutionising the clothes we wear….

Smart-home makers say they know how much privacy means to their customers.

Companies must collaborate to make connectivity work,Samsung CEO Boo Keun Yoon said in a keynote CES speech. The Internet of Things has the potential to transform our society, economy, and how we live our lives, he said, but to deliver on that promise, it is our job to pull together.

Thank you for subscribing to our newsletter.

Nest is working with more than a dozen big companies, including appliance makers LG and Whirlpool and lighting companies Osram and Philips, to ensure products can talk to each other. For example, unlocking or locking doors with theAugust Smart Lockwill automatically put the Nest thermostat into home or away mode. If the thermostat indicates no one will be home for hours, it can tell a Whirlpool clothes dryer to use a slower, lower-heat setting or wait until off-peak hours when electricity rates are lower.

Its sure that compatibility and interoperability are major issues for the development of IoT. But those who remember the beginning of websites (It was similar with multiple languages before some emerged as essentials) can be confident with future standards.

Despite such benefits, the IoT might raise some privacy concerns. This year could be the year that smart-home hacking becomes a realistic threat.

At this years CES in Las Vegas, an entireshowcase was devoted to the smart homeand exhibits featured at least 20 different kinds of connected light bulbs and ten kinds of door locks. In the next year or two, Wolf expects shakeouts in each category that will leave a few dominant players.

The IoT industrys biggest challenge may be compatibility.Not all products can talk to each other, because there is no universal coding language or protocol. So tech behemoths are elbowing for market dominance. Last year alone, Apple launched itsHomeKit appto connect home products to its smartphones; Google spent $3.2 billion to buy Learning Thermostat-maker Nest Labs, and Samsung acquired the maker of a hubSmartThingsthat can control and coordinate devices made by different firms.

The Internet radically changed how the world communicates. Simple activities and information became instantly available, which eventually led to the creation of the IoT.

Wolfs group also sees rapid expansion. It forecasts that the number of IoT systems, which were in place in 1.5 million U.S. homes in 2013, will reach 15 million by 2019.