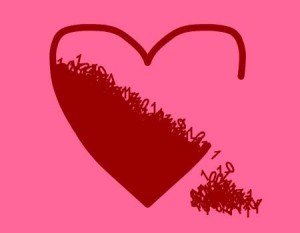 Uses Augmented Reality Technology from Vuforia so that the end users can create better solutions & manage the devices in IoT without any hassles.

IoT Platforms: Decoding the future of Internet of Things

What is Virtual Reality How does it Work? ( A Complete Tutorial For Beginners)

ThingWorx is the next incumbent in most popularlist of IoT Platforms. In 2013 PTC acquired Thingworx. As per the official information present on the site of PTC,ThingWorx IoT Platformoffers you with all the required tools & capabilities to make SMARTER IoT SOLUTIONS for the enterprises. ThingWorx main features are:

Powered by Thunder,Saleforce IoT Platformis a unique one which collects all data from the connected devices to the team of Salesforce which in turn gives closer look of the captured data and suggests customer actions in real time. It is anIoT platformas a service (PaaS) which enables developers to create add on applications that can integrated with Salesforce team. It offerscloud IoT Platformsfor CRM Solutions. But its services are not only limited to CRM Solutions. They have their individual application store to upload apps much similar to Google Play Store.

Its a complete open source platform

Developers can share the platform with each other for speedy development

No doubt, Oracle provides best platforms for applications and middleware technologies. In 2015, Oracle announced Integrated Cloud Service (ICS), an entirely different way to design and push integrations into the Cloud. Its a great analytics platform for IoT applications. One of ICS Unique feature that it simplifies integration of applications and Services in Cloud, Mobile or IoT.

Now the veil is off of theLIST OF TOP 15 MOST POPULAR IoT PLATFORMS 2016. Lets have a quick look on them:

Its an IoT Platform from IBM in PaaS form i.e platform as a service. It is one of thebest IoT Platformsin the market today. It is often being called as the next generationCloud App Development Platform. The advantage of usingIBM Bluemixis that for developing an app you dont need to set up development environment & server as it is readily available inIBM BLUEMIX. You can easily start developing app with the help of JAVA Liberty, Node.js, php.

Lot of my readers are interested in knowing which arebest IoT platforms? So 2 weeks back I started researching abouttop Internetof things companies which are providing development platforms forIoT Solutions. I researched rigorously day & night, round the clock, and the result is here in front of you all.

Gives liberty to deploy IoT solutions at any place

Aeris IoT Platformis the only platform which provides integrated Connectivity, M2M Solutions and a complete set of IoT solutions.  In connectivity technologies no one can beatAerisin the market. Driving factors towardsAerisare as follows:

Within the next two years, the internet of things will become the biggest source of data on the planet.

Capacity to manage millions of connected devices at a time

Of late Carriots as a PaaSIoT platformis picking up very fast among the developers community due its simplicity and easy integration features with external apps.Carriots IoT Platformis used to build and hostInternet of things applications. Plus user interface ofCarriotsapps is something to die for! What you can do with:

With IBM BLUEMIX & IBM WATSON, theBIG BLUEhas placed its foot firmly in the exploding world ofInternet of things. In cognitive era no one can beat IBM incognitive capabilities(as per Google Cognitive computingis the simulation of human thought processes in a computerized model.Cognitive computinginvolves self-learning systems that use data mining, pattern recognition and natural language processing to mimic the way the human brain works).

Read:IoT Platform: Decoding the future of Internet of things

Real time visibility & updates of the network at every level

Open source- can interact with other control elements from other devices, engines and drives.

If I have placedAutomatski on the 14thnumber, then it doesnt means that anywhere it is less effective & not popular as compared to others in the list. InAutomatskiown words its a Global Pioneer in IoT offering technology, frameworks, applications, infrastructure and intelligent components for building smart IoT Solutions.

facilitates secured and efficient communication of devices with the AWS IoT using publication/ subscription model. The communication process can be one to- one basis or one- to- many basis.

In recent times Cisco has also tied up with the National Farmers Federation in Australia to offer IoT Solutions in Agri Sector.

Method based as well as certificate based authentication & authorization of devices & applications in order to avoid erroneous exchange of device data.

Arduino offers analogue-to-digital input- which will be a great help to you if you want to connect temperature, light, sound or any other sensor modules

Smooth & easy Connectivity- of the devices with the platform using ThingWorx connectivity. For industrial connectivity there is Kepware.

Ransomware Attacks: Worst Cyberattack that bleeded 170 countries of the world!

Friends, as promised I am here withLIST OF TOP 15 Most Popular IoT PLATFORMS 2016. Through this post I will try to familiarize you with the faces ofBest IoT Platforms. Guys, much has been talked about the future tense of Internet of things. The latest one is from Sanjay Brahmawar; Global Head & Managing Partner of Strategic Business Development, IBM Watson Internet of things,

to create a persistent shadow of the device, depicting devices most recent state. The advantage of device shadow is that applications and other devices can read messages and communicate with the device in picture even when the device is offline.

My loyal readers, before we move ahead with this post ontop 15 most popular IoT Platforms 2016,I want to say something. Its required to have some basic knowledge ofIoT&Internet of thingsfor going ahead with this article onpopular IoT platforms. If you have joined us late, then well, no worries; for initial information onIoT&Internet of things Concepts:

Well, when it comes to occupying a hot seat in the list ofPopular IoT Platforms, then Arduino is also not far behind. In fact  it is thebest IoT Platformin the entire market for the beginners in IoT. It is being extensively used by the IoT developers throughout the world. Even those with very little experience can build IoT applications using Arduino. Arduino falls underIoT hardware Platformcategory.Major attraction of Arduino:

Read:Internet of things: Exactly what it is?

Readers, I have tried my best to do justice with the factual information of this post on mostpopular IoT Platforms. Still if you find some little discrepancies, I hereby request you to come out with the updates. Scroll down and put your updates in the comments section. As a reader you all add lot of value to this m which I have created with a sole motive to keep you updated with all the latest news & developments happening in the IoT world.

Best always comes from the leaders! Amazon Web Services is one of the worlds fastest growing Tech Giant. AWS  always falls in thetop IoT Platforms list. Its a sister concern of . On 7thOctober 2015 at LAS VEGAS annualRe: Invent Conference,AWS took the whole world by surprise & excitement by announcing one new services after another.AWS IoTdevelopmentPlatformwas one from the great surprises! As per Amazon,AWS internet of thingsplatformis a managed cloud platform which facilitates easy, smooth, secured communication & interaction between the connected devices, Cloud Application & other external devices in theIoT platform ecosystem. Unique features ofAWS IoT Platformare as follows:

Only limitation is that it is 8-bit ATmega microcontroller so not that much compatible for advanced uses but still you cant call it a mini computer.  Arduino is termed as thebest IoT Platformsfor new users & those who are interested in experiments. It is thebest IoT application platform,providing brilliant interactivity with other external devices outside its environment.

gives unique identity to each devices for easy identification

Projects or apps developed in Arduino can work both as standalone and in collaboration with other apps in the form of plugins.

Artificial Intelligence-What it is Recent Advances In AI?

the role of Rules Engine is to check inbound messages coming to AWS IoT & to change & route such messages to other device(s) or cloud.

In my next post, I am trying to come out with an intriguing post oninternet of things examples-which will be entirely different from what you might have read till yet.

Collect and analyze and visualize data in real time

IoT platforms marketis vast like an Ocean! You will be surprised to know that todayIoT ecosystemholds more than 300IoT Platformcompanies!Keeping this scenario in the mind, it has become all the more necessary to correctly know the names ofbestIoT Platformsin the market.

As per Cisco the number of IoT devices will go to 50 BILLION till 2020! With a birds eye view, Cisco has targeted extensively to grab a major share of the projected 50 BILLION DEVICES. The devices will bring a deluge of mobile data traffic, management and applications. To tackle such a huge amount of data, businesses need to have an exhaustive, secured and adaptable environment so that they can stay competitive in the market.

My dear Readers, we are going to spend some great time, exploring Internet of Things Examples in different areas. Much before you ask me, I will like share with you that this article is all about the best IoT Applications 2016. Friends, we all know the importance of examples in our life.

Its very good to see your article and thank you for your great effort. Here is one more IoT platform which is code-free digital platform. C2M® ( is Plasmas code-free, end-to-end Internet of Things and Digital Enterprise platform allows easy, secure and rapid prototyping and deployment of IoT / M2M solutions.

Connect and manage device with the help of Cloud