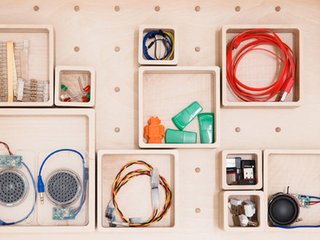 For comparison, AT&Tsaid in February that Atlanta, Dallas and Waco, Tex. would be the first of 12 cities to receive its 5G mobile service, whileSprint is bringing its 5G services to Kansas City, Phoenix and New York City (the millennium capital of the world).

The use cases expected in IMT-2020 are categorized into three representative services: enhanced mobile  broadband service, ultra-reliable and low-latency communications, and massive machine type  communications. The other services are placed in-between those three service characteristics.

Verizon has been partnering with Samsung and others to test 5G in homes, or fixed 5G, in several U.S. cities. It plans to launch the service to customers in four cities, including Sacramento and Los Angeles California, before the end of this year.

On the eve of IoT World in Santa Clara, CA. Verizon has launchedThingSpace Readyfor IoT developers looking to accelerate the creation, test time and speed to bring innovative IoT ideas and ultimately, products to market.  ThingSpace Ready is a new program that is part of Verizons successfulThingSpaceplatform, which has more than 20 million connected devices on the platform. Designed to simplify the IoT on-ramp for businesses and OEMs, ThingSpace Ready will provide the most cost-effective and time-efficient design and implementation experience possible all while connected to Verizons award-winning network. The program provides developers more affordable cellular modules and new, lower priced IoT SIM and hardware design house partnerships.

In the first phase of 5G we expect that mobile broadband would be enhanced. We see this happening from the industry, typically from device point of view where we see CP routers coming up this year. We expect in 2019, 5G smartphones will be launched. This is maybe the first entrance towards 5G. This is as well what we see from standardization perspective, from typically 3GPP that this is what they are targeting right now. In second phase you could see in 2020 or later where we will be trained to address verticals to use 5G as a platform. For the next two years we will mainly be trying to target eMBB (enhanced mobile broadband).

Mobile 5G is designed for portable devices like smartphones,  tablets, and virtual reality/game players.  That market giving customers access to ultrafast speeds even on the go is where T-Mobile has been investing its resources.T-Mobile CEO John Legerehas criticized Verizon and other competitors in the past for focusing on the fixed service rather than mobile.

Brookings Institute 5G Game Plan for the U.S. vs Opinion

Verizons fixed 5G services are intended to compete with broadband wired internet services by sending high frequency signals from a nearby cell site to receivers either outside or inside users homes or offices.  Fiber optics is used for backhaul from the cell site to the ISPs point of presence.

If the 5G offering takes off, however, expect the company to start to really put the pedal to the metal in 2019.

Nobody actually says it in the video, but the service is clearly nearly ready to be offered as an alternative to competitors cable. Verizon shows off the 28GHz system serving gigabit or near gigabit speeds to apartment buildings, through windows and walls. (See Verizons Fixed 5G: Are You Ready for the Wireless Gig Rush?)

Note also that everyone thinks 3GPP specs are standards. They are not and have no official status according to 3GPP website. Furthermore, 3GPPs first IMT 2020 RAN submission (in July 2019) will be largely based on release 16 which just started this year and wont be finished till July 2019. The New Radio (NR) from release 15 will also be included in that July 2019 submission to ITU-R WP5D

Verizon will launch its mobile 5G service roughly six months after the introduction of its fixed 5G offering, which the telecom has set for several cities later this year, CEO Lowell McAdamtold the Seattle Times.  Separately, Verizon named Amazon Web Services (AWS) as its preferred public cloud provider and will transfer its production databases and business apps to AWS. Verizon on the other hand, appears to be taking a somewhat opposite and more aggressive fixed 5G approach. Verizon says they intend to offer fixed 5G to a market of about 30 million homes, most of which are outside of their incumbent Fios FTTP markets.

Verizon 5G  (totally proprietary for both fixed and mobile access):

Your email address will not be published.

Analysys Mason: Public WiFi to add $20B to Indias GDP

We bought 36 million miles of fiber so we can have big pipes feeding the cells. We will have hundreds of megahertz of bandwidth to deliver the whole suite of services of 5G, McAdam said.

What kind of trends do you see emerging in the 5G space in 2018?

Verizon intends to deploy the fixed wireless 5G in up to five markets by the end of 2018. Los Angeles and Sacramento, Calif., are the only named markets so far. Exactly where it will be deployed in each market and what Verizon will charge isnt known yet.

Well have 1,000 cell sites up and operating on the global standard, McAdam said onCNBC cable network.

Verizon uses a window or roof-mounted 28GHz antenna to grab the 5G signal, which is distributed via WiFi from a home router indoors. This is why the video briefly references walls, glass and folliage; Verizon wants to illustrate that ongoing concerns about 5Gs in-building penetration are not really a issue.

Perhaps AT&T is looking for some middle ground on this. Markets where they are already investing in fiber broadband may alleviate these cost concerns allowing them to layer fixed 5G access on those fiber networks. Such an approach could extend the reach of a fiber broadband like experience in these markets to additional homes and businesses, without having to bring fiber all the way to every premises.

Weve been a leader in the industry around IoT platform and connectivity services with the successful launch of ThingSpace in 2015, and the first nationwide CATM1 network for IoT in 2017.  Now, were building on those tools with key partnerships and services to help make it easier and more affordable than ever to develop and launch cellular-enabled IoT solutions in the marketplace said Steve Szabo, head of global IoT products and solutions at Verizon.  Weve created a one-stop-shop for IoT and are providing access like never before, he added.

What kind of trends do you see emerging in the 5G space in 2018?

One noted commentator recently wrote about 5G standards: The main stuff is largely done??? Heres my rebuttal to that claim:

NOTE:Again, this is not really 5G but instead isVerizons proprietary specfor broadband fixed wireless which is NOT being considered by ITU-R for IMT2020.  The specification was conducted within Verizons 5G Technology Forum (V5GTF), a group that includes Cisco, Ericsson, Intel, LG, Nokia, Qualcomm and Samsung. V5GTF will be used for Verizons 28GHz and 39GHz fixed wireless access trials and deployments.

In the first phase of 5G we expect that mobile broadband would be enhanced. We see this happening from the industry, typically from device point of view where we see CP routers coming up this year. We expect in 2019, 5G smartphones will be launched. This is maybe the first entrance towards 5G. This is as well what we see from standardization perspective, from typically 3GPP that this is what they are targeting right now. In second phase you could see in 2020 or later where we will be trained to address verticals to use 5G as a platform. For the next two years we will mainly be trying to target eMBB (enhanced mobile broadband).

Speaking specifically about fixed 5G, Stephens said In a general residential broadband solution, the economics for us dont seem to work. He pointed to the fiber investment needed for fixed 5G backhaul as a real hurdle to an acceptable fixed 5G business case.

AT&T is continuing these fixed 5G trials, but the company is not exactly openly embracing the concept of fixed 5G. At an investor conference last month, AT&T Senior EVP and CFO John Stephens didnt exactly endorse fixed 5G as a viable option. Rather, he suggested AT&T may not be that interested in the technology.

Ultra-reliable and low-latency communications are to enable delay sensitive and mission critical services such as tactile Internet which requires less than a millisecond end-to-end delay, remote control of medical and industrial robots, and vehicle-to-everything (V2X) communications.