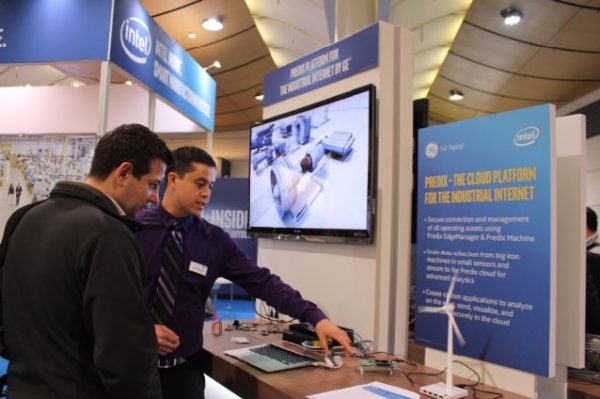 The inaugural meeting of MindSphere World took place in the recently opened innovative development and work environment MindSphere OpenSpace, a part of the new branch of Factory Berlin. Over an office space of more than 13,000 square meters, Factory Berlin an initiative supported by the German Government, Siemens and other companies brings established technology companies together with developers and startups. The key focus of the new startup campus is the Internet of Things. On the threshold of the age of digitalization, the MindSphere OpenSpace creates ideal conditions for the MindSphere World members and other users such as startups to drive forward the development of apps and digital services and to tap whole new markets.

Working hand in hand with 18 partner companies, Siemens AG is founding MindSphere World, a worldwide user organization for the cloud-based open IoT operating system MindSphere. Its aim is to expand the global reach of the ecosystem based on MindSphere. The organization is also designed to afford support to its individual members in developing and improving IoT solutions on the MindSphere platform and in tapping new markets in the digital economy. This will include suggestions about the requirements placed on the IoT operating system MindSphere by the industry and recommendations on setting out uniform rules for data utilization. Another role of the organization will be to promote science, research, and teaching in the MindSphere environment.

Jan Mrosik, Chair of the Management Board of MindSphere World and CEO of the Siemens Digital Factory Division, added: By bringing together a worldwide community comprising industrial and IT companies of all sizes from all sectors of industry as well as startups, we aim to establish and drive forward an eco-system based on MindSphere. With this end in mind, the Association members are joining to form MindSphere World initially in Germany and then extending out into the international arena.

Siemens AG(Berlin and Munich) is a global technology powerhouse that has stood for engineering excellence, innovation, quality, reliability and internationality for 170 years. The company is active around the globe, focusing on the areas of electrification, automation and digitalization. One of the worlds largest producers of energy-efficient, resource-saving technologies, Siemens is a leading supplier of efficient power generation and power transmission solutions and a pioneer in infrastructure solutions as well as automation, drive and software solutions for industry. The company is also a leading provider of medical imaging equipment such as computed tomography and magnetic resonance imaging systems and a leader in laboratory diagnostics as well as clinical IT. In fiscal 2017, which ended on September 30, 2017, Siemens generated revenue of €83.0 billion and net income of €6.2 billion. At the end of September 2017, the company had around 377,000 employees worldwide. Further information is available on the Internet at

The members of the organization meet in committees to deal with issues such as the requirements placed on MindSphere by industry, data governance concepts and the Assocations PR work. MindSpheres open structure offers a wide range of benefits for us as users, in particular due to the manufacturer-independent link-up of machines and plants and also when it comes to the development of apps. Within the framework of MindSphere World, we can now also talk to other users about ways in which disruptive technologies are changing the face of the economy in general, and about the resulting business potential which could be utilized for IoT-based solutions, said Bruno Geiger, Member of the Management Board of MindSphere World and COO/CTO of Eisenmann.

Because the development of standards plays a decisive role when it comes to establishing a worldwide ecosystem, the members of MindSphere World will be working together to come up with recommendations for standards in relation to MindSphere-based apps. Well also be drawing up suggested solutions for enabling interoperability between different MindSphere-based solutions, said Andreas Oroszi, Member of the Board of Management of MindSphere World and Senior Vice President Digital Business at Festo.

The foundation of MindSphere World represents another major step forward in promoting the ecosystem surrounding MindSphere as an open IoT platform. The broad-based expertise and the offering of all the MindSphere World partners will open up totally new digitalization potential for users everywhere, said Member of the Managing Board of Siemens AG Klaus Helmrich.