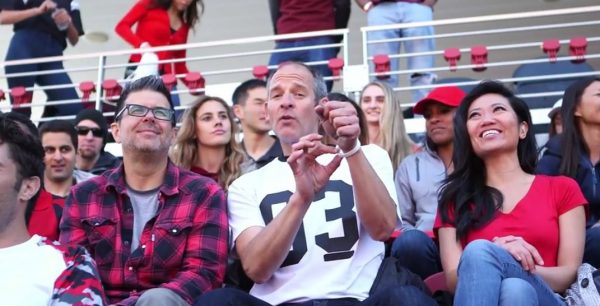 GE manufactures large equipment like jet engines, wind turbines and locomotives. These machines are loaded with sensors generating an enormous amount of information. Predix was originally created as a Platform as a Service to allow customers and third-party developers to build applications to take advantage of all the data coming from those sensors.

While Harel Kodesh, CTO of GE Software, acknowledged that there are similarities between the two companies approaches, when you dig into the catalogue of services that GE offers to developers, youll find a much more focused set of services devoted to the Internet of Things, he explained.

With todays announcement, the company will be providing infrastructure services to run those applications.

TheIaaS market is dominated by Amazon Web Serviceswith many others, including Microsoft, Google and IBM vying for a piece of the action.GEhopes to differentiate itself from these companies by offering infrastructure services specifically tuned to the needs of industrial customers.

As you might expect, Kodesh says one of the main selling points for going with the GE infrastructure offering, is that it plays nicely with the software development part of the platform. In addition, the security layer has been designed specifically to meet the needs of companies running highly sensitive industrial equipment.

One other key differentiating factor is that GE understands acutely how these large pieces of equipment work because it built them. This means that Predix can process the huge amount of data these devices generate, and also better predict the impact a given set of data will have on the equipment based on factors like temperature, workload, and what materials the various parts are made of.

In many ways, this approach resembles the IBM cloud strategy. IBMbought Softlayer in 2013, then launchedthe Bluemix development platform the following yearwith the hope that developers will create applications on Bluemix and run them on Softlayer.

Kodesh said that the Predix platform generated $4 billion in software revenue last year, and the company sees additional revenue opportunities with the infrastructure offering. He was careful not to criticize other IaaS vendors, but simply pointed out that they are typically designed for consumers or for general IT requirements.

GE is far from alone in the IoT market. In fact, last springIBM launched its own Internet of Things initiative, which included a massive $3 billion investment. Other large companies includingAmazon,MicrosoftandGoogleare also looking at various aspects of the Internet of Things, but GE has the advantage of being a manufacturer of large industrial equipment and all that entails and its trying to build a platform to meet the requirements of industrial customers.

GEannounced today that it was expandingits Predix Internet of Things platformto provide Infrastructure as a Service (IaaS).

GE actually uses Amazon Web Services internally, but when it came to the Predix platform, the company decided to build its own because customers were demanding a cloud solution built by an industrial player for industrial players, Kodesh said. In other words, they were looking for a vendor that understood their specific needs.