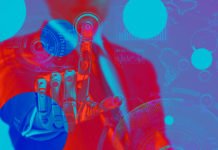 Weightless-P makes sense for private networks, more sophisticated use cases, and cases in which controlling uplink data and downlink data is important. Development kits for Weightless-P are just starting to come to market now.

This is the second installment in our series providing the definitive guide to a class of IoT connectivity known as LPWAN(low-power wide-area networks). Thefirst post was an overview of LPWAN, including what it is and the benefits of LPWAN technologies compared to other IoT connectivity options. In this post, well examine the various LPWAN technologies and players in the space.

Cellular IoT Explained NB-IoT vs. LTE-M vs. 5G and More

SigFox uses a proprietary technology, an example of using a slow modulation rate to achieve longer range. Due to this design choice, SigFox is an excellent option for applications where the system only needs to send small, infrequent bursts of data. LPWAN The Benefits of LPWAN Technology vs. Other IoT Connectivity Options

IoT For All is a leading technology media property dedicated to providing the highest-quality, unbiased content, resources, and news centered on the Internet of Things and related disciplines. By checking this box you agree to theterms and conditions

6 Mistakes to Avoid When Setting up Your Smart Home

The 5 Worst Examples of IoT Hacking and Vulnerabilities in Recorded…

To Commercialize IoT, Embrace the Venture StructureThe technology that enables IoT has improved by leaps and bounds over the past 15 years. The commercialization methods, by contrast, havent changed much. Heres a good start: Structure your IoT… How to Fight IoT Botnets From Policies to Process and People

Nwave is very similar to SigFox in terms of functionality, but boasts a better MAC-layer implementation. It claims to use advanced demodulation techniques to allow its network to coexist with other radio technologies without additional noise. Like SigFox, its best for sensor-based networks, temperature readings, tank level monitoring, smart metering, and other such applications.

Random Phase Multiple Access (RPMA) is a proprietary LPWAN technology stack developed by Ingenu. The company was founded in 2008 in San Diego, California by former engineers of Qualcomm and was originally named On-Ramp Wireless.

Interested in joining our team as a contributing writer or sharing content with our rapidly growing audience? Connect with us by clicking the button below and we will be in touch!

Calum is the Managing Editor of IoT For All. With a degree in Philosophy from Brown University, Calum is deeply interested in the moral ramifications of new technologies. He believes in leveraging the Internet of Things and related tech to build a better world for everyone.

IoT On The Rise Highlights from CES 2018 Weightless is the only truly open-standard that operates in sub-1 GHz unlicensed spectrum. There are three versions of Weightless that serve different purposes:

Link Labs is a LoRa Alliance member and thus uses the LoRa chip mentioned above. However, instead of using LoRaWAN, Link Labs has built a proprietary MAC layer (software) on top of Semtechs chips called Symphony Link.

Founded in 2009, SigFox is a French company based in Labge, France. SigFox has arguably the most traction in the LPWAN space (or at least, its the most recognizable) due to its successful marketing campaigns in Europe. It also boasts a great ecosystem of vendors including Texas Instruments, Silicon Labs, and Axom.

The Way We Shop: eCommerce in the World of IoT

Imagining the Airport of the Future with Todays IoT Technologies

While there are many LPWAN technologies and standards, well be focusing on SigFox, LoRa, RPMA, Symphony Link, and Weightless, because these technologies are under active development or deployment. Although there are other proprietary protocols and stacks such as the Dash7 Alliance Protocol, they havent gained as much traction and wont be covered in this article.

LoRaWAN is the open-standard networking layer governed by the LoRa Alliance. However, its not truly open since the underlying chip to implement a full LoRaWAN stack is only available via Semtech. Basically, LoRa is the physical layer: the chip. LoRaWAN is the MAC layer: the software thats put on the chip to enable networking.

As a founding member of the IEEE 802.15.4k task group (which was dedicated to low-energy infrastructure monitoring), Ingenu put in a tremendous amount of effort in developing RPMA, whereas SigFox and LoRaWAN groups have focused on faster time to market.

By checking this box you agree to ourTerms and Conditions So you want to use LPWAN for your IoT connectivity, but now what? There are several LPWAN technologies, here well provide a general overview of each.

Ultimately, youll know whether LPWAN is right for your IoT application and, if it is, how to best move-forward.

Link Labs was founded in 2013 by former members of the Johns Hopkins University Applied Physics Laboratory and is headquartered in Annapolis, Maryland.

How to Fight IoT Botnets From Policies to Process and…

What Your Small Business Can Learn from the Automation Fails of…

According to its internal studies, RPMA has a significantly higher link budget (177 vs. 149 and 157 for SigFox and LoRa respectively), meaning better coverage.

The ESP32: Quick and Inexpensive Platform for Your Next IoT DeviceDo you have an idea for an IoT device, but you dont know where to start?Do you think you need a microcontroller, but youre not sure which one you should use?Are… The functionality is similar to SigFox in that its primarily for uplink-only applications (data from sensors/devices to a gateway) with many end-points. Instead of using narrowband transmission, however, it spreads out information on different frequency channels and data rates using coded messages. These messages are less likely to collide and interfere with one another thereby increasing the capacity of the gateway.

Write CSS OR LESS and hit save. CTRL + SPACE for auto-complete.

The LoRa Alliance is an open, non-profit association formed to foster an ecosystem for certain LPWAN technology. It has about 400 member companies throughout North America, Europe, Africa, and Asia, and its founding members include IBM, MicroChip, Cisco, Semtech, Bouygues Telecom, Singtel, KPN, Swisscom, Fastnet, and Belgacom. The following sections will provide an overview of each of the LPWAN technologies. In the rest of this series, well devote individual posts to each of the options, taking a deeper dive into the various pros/cons of each and doing a technical drill-down on their underlying technology stacks.

How CX Will Help Power Autonomous Vehicle AdoptionIn todays era of digital transformation, the automotive industry is reinventing the way we interact with cars. Companies like Uber and Tesla have raised awareness of both the benefits and dangers… The Way We Shop: eCommerce in the World of IoT

IoT and Big Data at the Core of Digital Transformation Strategies

Possible applications include parking sensors, water meters, or smart garbage cans. However, it also has some drawbacks. Sending data back to the sensors/devices (downlink capability) is severely limited and signal interference can become an issue. This standard uses FDMA+TDMA modulation in 12.5 kHz narrow band (greater than SigFox but less than LoRa). It also has an adaptive data rate, similar to Symphony Link (200 bps to 100 kbps). The sensitivity is quite high, -134 dBm at 625 bps and supports both PSK and GMSK modulation.

What is Bluetooth? 6 Things You Didnt Know about Bluetooth Weightless N and P are the more popular options since Weightless-W has a shorter battery life.

Due to its architecture, RPMA has a superior uplink and downlink capacity than other models. It claims to have better doppler, scheduling, and interference robustness. It operates in the 2.4 GHz spectrum, which is globally available (used for WiFi and Bluetooth). This means that there are no architecture changes per region like SigFox and LoRa.

IoT and Big Data at the Core of Digital Transformation StrategiesDigital innovation is important for 99% of executives, according to a Jabil survey from the beginning of 2018. Companies are ready to aggressively invest into digital transformation strategies and change their…

Weightless SIG (special interest group) was founded in 2008 with the mission of standardizing LPWANs. There are five Promotor Group Members including Accenture, ARM, M2COMM, Sony-Europe, and Telensa.

How Does GPS Work? 6 Things You Didnt Know

6 Mistakes to Avoid When Setting up Your Smart Home

How IoT is Driving the Autonomous Vehicle Revolution