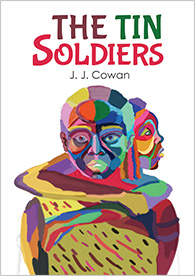 mangOH is creating a disruptive opportunity in the IoT space for companies to innovate, and Jabil is pleased to join the ecosystem to help mangOH users cost-effectively take their prototypes to market, said Rafael Renno, senior business unit director, Jabil. Were not only manufacturing mangOH, were also working with several large customers to develop new industrial use cases based on mangOH Red that will revolutionise industries.

The company is also inviting the IoT developer community to influence the final product. mangOH Yellow, a super sensor for connected IoT, allows developers to measure and monitor virtually anything, with all of the interoperable building blocks needed to rapidly develop and productise low-power Industrial IoT applications.

ATT to launch NarrowBand IoT network in U.S. and Mexico Microsoft gives a big boost to IoT in utilities

Augmented reality The next big thing for HR?

Stream introduce their IoT-X Platform as a Service

The latest IoT news, as it breaks, to your inbox

Exclusive offers for entry to all the IoT eventsthat matter, round the world

Until now, IoT connectivity has never been simple, transparent or so affordable

Augmented reality for the industrial enterprise

Smaller and lighter, mangOH Yellow is targeted at IoT applications where compactness and low-power consumption are essential. The size and mechanical design will allow developers to build standalone and extremely compact proof-of-concepts/prototypes or to incorporate it into existing systems for instant IoT connectivity.

IoT in agriculture tells tales of the ubiquitous, connected cow and other c…

The first global media brand of its kind, IoT Now explores the evolving opportunities and challenges facing Enterprises in the adoption and deployment of IoT, and we pass on some lessons learned from those who have taken the first steps in next gen IoT services.

How is PTC enabling a smart, connected future?

Sierra Wireless,a provider of integrated device-to-cloud solutions for the Internet of Things (IoT), has released alpha samples of its next-generationmangOH®open source hardware platform.

The award-winning mangOH platform helps developers address many of the challenges that limit their ability to quickly and cost-effectively bring connectedcellular LPWA (Cat-M1/LTE-M and NB-IoT)and 2G/3G/4G products to market. mangOHs open source model, industrial-grade components and extensive ecosystem enable businesses to reduce time to market for Industrial IoT applications by up to one year and cut development costs in half.

Streamlining IT support with smart lockers

It also includes 14 advanced sensors and actuators on board in an ultra-low-power architecture for long-lasting, mobile, battery-powered applications. mangOH Yellow provides ultimate flexibility and functionality with an IoT connector slot to leverage the more than 15 IoT cards built by members of the collaborative mangOH ecosystem, which are available today.

Whether youre developing IoT applications for a startup or a Fortune 500 company, mangOH gives you a head start to a minimum viable product, right out of the box, said Ashish Syal,chief engineer and mangOH founder, Sierra Wireless. Building on the success of mangOH Red and Green, were excited to release mangOH Yellow and give the IoT developer community the opportunity to influence the final product.