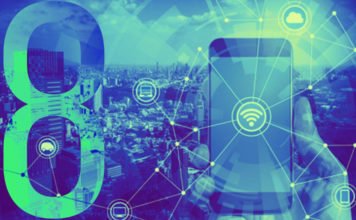 GE: developed GE Predix for in-house use, then made it available for largely industrial IoT projects as a platform-as-a-service.

In the data center, where the cloud services live, open source software is present in the majority of high-performance systems. Similarly, the open source approach to software has been adopted by hardware makers who have begun sharing designs and specifications to drive down the cost of data center equipment and increase the efficiency of components like switches, servers, racks and power-related infrastructure. Seeded by some 125,000 lines of code developed by Dell, theEdgeX Foundrylaunched with the goal of building interoperable edge components in an effort to speed time to market, drive scalability and leverage existing standards to simplify what is inherently a complex, fragmented market.

Founded by Facebook,The Open Compute Project, serves as The Linux Foundation equivalent for hardware. As IoT expands and permeates every level of enterprise, there will be an acute need for data centers to provide the flexible, on-demand, and distributed compute infrastructure the Internet of Things will need.

As citizens of the United States, we have a series of protected rights that are guaranteed.  These rights are spelled out in the Constitution and subsequent Amendments. Conspicuously missing from the…

Sprint COO Gunter Ottendorfer said the new architecture,revolutionizes the network core and its part of our expanded toolbox of solutions to meet the coming wave of data in the years ahead. C3PO is an important part of NFV and SDN initiative, enabling Sprint to adapt more quickly to market demands and scale new services more efficiently and cost-effectively.

How AI Takes Wearables to the Next LevelThe market for wearable technology is increasing steadily. Around 115 million wearables were shipped in 2017, which is 10.3 percent more compared to 2016.Apple took the lead with Apple Watch… 10 Steps for Proof of Concept Success in IoT IoT in the Workplace: Smart Office Applications for Better Productivity

IoT Explained How Does an IoT System Actually Work? …

As networks evolve to keep up with IoT and the coming 5G New Radio standard, the sheer level of complexity requires automation. AT&T developed its Enhanced Control, Orchestration, Management & Policy (ECOMP) architecture and had virtualized 34% of its network by the end of 2016.

In China, Huawei developed the Open-Orchestrator Project (Open-O) framework for NFV/SDN transformation. Last year those two initiatives merged under the new name Open Network Automation Platform (ONAP), which is managed by, you guessed it, The Linux Foundation.

From the device, to the edge, to the cloud, to the data center, open source software and hardware is bringing interoperability to the Internet of Things.

For industrial IoT applications like defect detection on an assembly line or remote monitoring of equipment, the edge is a very important point of decision making.

The 5 Worst Examples of IoT Hacking and Vulnerabilities in Recorded…

The Impact of AI Key Takeaways from PwCs Latest Report…

A Future with Self-Driving Public TransportationThe futuristic concept of self-driving vehicles may not be as distant as you think. And while the idea of traveling in an autonomous car remains difficult for some people to wrap… If you pull the lens back even further, open source underpins one of the most important ongoing efforts in telecom network automation as a function of network functions virtualization (NFV) and software-defined networking (SDN). The descriptor open source is primarily associated with software, the source code of which is freely accessible for examination, use, and expansion by users other than the developer. The practice started among early academic, corporate and government adopters and hit a major milestone in 1991 when Linus Torvalds released the Linux kernel.

In addition to the broad OCF reference architecture, The Linux Foundation also hosts an open source project designed to bring interoperability to the network edge, where critical field devices are deployed and inputs set off a chain of efficiency-building data analysis insights and actions.

A successful product results from a partner-driven, ecosystem approach just like with open source software. Similarly, from standards to market share, the IoT space is fragmented, so a unified, consortia-type treatment could help the entire IoT value chain better serve the vast addressable market.

Other platform elements make sure data is secure from the endpoint to the cloud and back, while others manage billing, location, monitoring and other crucial functions.

Write CSS OR LESS and hit save. CTRL + SPACE for auto-complete.

Apples Bet On AR The Future of UI Design

Bluetooth for Geolocation? A Tragic Misuse Shows Why this is… Brian is the Founder and CTO of Link Labs. As the chief technical innovator and leader of the company, Brian has led the creation and deployment of a new type of ultra long-range, low-power wireless networking which is transforming the Internet of Things and M2M space. As IoT products are developed, connectivity experts provide the modem, a focused security firm provides the protocols, a vertical-specific outfit develops the form factor, and so on.

Intro to IoT 9 Major Keys to the Internet of… The Future of IoT What Will the World Look Like in 2067?

IoT in the Workplace: Smart Office Applications for Better Productivity

While there are a lot of platforms around, including proprietary plays like Thread (a group led by a Google subsidiary) or Microsofts Azure, open source platforms have drawn investment from major IoT companies.

If a sensor is deployed in the field to alert technicians at a control center of an equipment malfunction based on various data points, the sensor only needs to send a message if there is a problem. That means an IoT gateway or other edge device has processed the sensor data and determined all conditions are normal. Top 5 IoT Quick Wins for Smart BuildingsThere isnt one distinct thing a building can change to become smart. Each building and its occupants are unique and require a unique approach. However, many times occupants and owners can… Fast forward to the present and Torvalds open source operating system has been adapted for use in embedded components, routers, access points, devices and data center applications all important aspects of generating, transmitting and receiving the huge amount of data produced by the booming Internet of Things.

6 Exciting IoT Use Cases in HealthcareThe rise of the Internet of Things (IoT) is resulting in some exciting advancements in the 21st century.Although its often associated with manufacturing, warehousing and smart factories of the future, the…

So, whats the big picture for network automation and IoT? Network slicing, which will give operators the automated ability to create bespoke, cross-domain data pipes capable of connecting any device to any cloud or edge device or data center with bandwidth provisioned in a way that meets the specific requirement of any enterprise or industrial IoT use case. All made possible with open source.

(OCF) IoTivity platform: merged last year and is sponsored by The Linux Foundation under the OCF name.

One of the most important things to understand about how open source software (and hardware more on that later) is a good fit with IoT is in the approach. Think of open source as a little bit like crowdsourcing information. Take Wikipedia, for example; the idea is that with numerous sets of stakeholders with different experiences, interests, and expertise, all working on the same problem, the outcome will improve.

This is a more efficient process, it saves on cloud computing- and bandwidth-related fees and keeps technicians available to address urgent matters rather than wait for intermittent all-clear messages.

Building the Smart City: 8 Things To Get Right

6 Exciting IoT Use Cases in Healthcare

Building the Smart City: 8 Things To Get Right

IoT For All is a leading technology media property dedicated to providing the highest-quality, unbiased content, resources, and news centered on the Internet of Things and related disciplines.

IoT services are built on platforms that allows a sensor or other device to connect to a network, to a centralized cloud-computing platform, to an edge processor or some combination of these. The sensor or device can then transmit and/or receive data. Interested in joining our team as a contributing writer or sharing content with our rapidly growing audience? Connect with us by clicking the button below and we will be in touch!