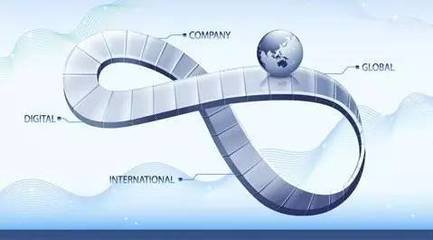 Were Having a Crisis of Perception About Future Computing

Todays platforms for Smart Systems and the IoT should be taking on the toughest challenges of interoperability, information architecture and user complexity. But theyre not.

Dispersed computing devices will become unified application platforms from which to provide services to devices and users where the applications run, where the data is turned into information, where storage takes place, and where the browsing of information ultimately takes place too not in some server farm in a cloud data center. Even the mobile handsets we admire so much today are but a tiny class of user interface and communications devices in an Internet of Things world where there will be 100 times more things than humans. Today, platforms for the Internet of Things are still a kludgy collection of yesterdays technology and architectures that do not address the most basic development challenges. Even though many companies are telling fantastic IoT marketing stories about what their solutions can do, you wouldnt know it from todays fragmented collection of incomplete platforms, narrow point-solutions, and software incompatibility.

In our years of experience, we have all too often seen the unfortunate scenarios that managers create when uncertainty and complexity force them to rely on selective attention. Unfortunately, when this happens, selective attention naturally gravitates toward whats readily available: past experience, existing tools and uncertain assumptions. Todays IT and telco infrastructure players are doing just this. By ignoring important trends simply because its difficult to perceive an alternative future, these managers are certainly leaving the door open for competition that will lead to their eventual obsolescencewhich will make for a very interesting world to live in

The Next Staging Area for Innovation in Smart Buildings and Homes

The client-server model underlying todays computing systems greatly compounds the problem. Regardless of data-structure, information in todays computing systems is machine-centric because its life is tied to the life of a physical machine and can easily become extinct. With todays IoT platforms information is not free (and thats free as in freedom, not free as in free of charge). In fact, thanks to todays platforms and information architectures, its not free to easily merge with other information and enable any kind of systemic intelligence.

In times of radical change, crises of perception are often the cause of significant failures, particularly in large established companies. Such failures result from the inability to see emergent discontinuities. We believe this is the case with most large developers and suppliers of technology attempting to address the emerging Internet of Things opportunity. Many players assumptions about future architecture for Smart Systems are being shaped by the past and are being extrapolated into the future in a linear fashion. Most of the large established IT equipment, software and network players appear to be stuck in this tyranny of replication.

In the course of the last two decades, the world has become so dependent upon the existing ways computing is organized that most people, inside IT and out, cannot bring themselves to think about it with any critical detachment. Even in sophisticated discussions, todays key enabling information technologies are usually viewed as utterly inevitable and unquestionable.

This is the move weve been waiting for.. to a truly distributed architecture because todays systems will not be able to scale and interact effectively where there are billions of nodes involved. The notion that all these things and devices will produce streaming data that has to be processed in some cloud will simply not work. It makes more sense structurally and economically to execute these interactions in a more distributed architecture near the sensors and actuators where the application-context prevails.

All of this adds up to a huge collection of information-islands whether on your servers, your service providers servers or anywhere else. Assuming the islands remain in existence reliably, they are still fundamentally incapable of truly interoperating with other information-islands. This is the issue with all of the so-called IoT platforms that have flooded the market they are really data traps and information islands. We can create bridges between them, but islands they remain, because thats what they were designed to be.

May 2017 IoT Investment Report: The light at the end of the 5G tunnel

Smart Systems requires we fundamentally change this paradigm, treating data from things, people, systems and the physical world as neutral representations. In other words, treating diverse data types equally. But even this makes too many assumptions about what the Smart Systems phenomenon will be. Encoded information in physical objects is also smart computingeven without intrinsic computing ability, or, for that matter, without being electronic at all. Seen in this way, a printed bar code, a DVD, a tag, a disc, a house key, or even the pages of a book can have the status of an information device on a network.

The reason for all of this is simple. Todays computing systems were not really designed for a world driven by pervasive information flow and are falling far short of enabling adaptable real-time intelligence.

As the Internet of Things opportunity matures, the sensor and actuator devices will all become smart themselves and the connectivity between them (devices, for the most part, that have never been connected) will become more intelligent and the interactions more complex. As the number of smart devices grow, the existing client-server hierarchy and the related middle boxes acting as hubs, gateways, controllers and interfaces will quickly start to blur. In this future-state, the need for any kind of traditional client-server architecture will become superfluous. In a future Smart Systems world, the days of hierarchical models are numbered.

Today the world of smart communicating devices is mostly organized in hierarchies with smart user interface devices at the top and the dumb devices [often analog or serial sensors and actuators] at the bottom. Within this structure, there are typically various types of middle box supervisory and gateway devices forming a point of connectivity and control for the sensors and actuators as well as the infrastructure for the network. From our perspective, this description of todays IoT systems architecture looks very familiar and is largely organized like client-server based computer systems.. no surprise given they were designed in the 1990s.

We need to creatively evolve to an entirely new approach that avoids the confinements and limitations of the todays differing platforms. We need to quickly move to a post platform world where there is a truly open data and information architecture that can easily integrate diverse machines, data, information systems and people a world where smarter systems will smoothly interact to create systemic intelligence a world where there are no artificial barriers between different types of information.

In this evolving architecture, the network essentially flattens until the end-point devices are merely peers and a variety of applications reside on one or more [OT] computing devices. In a smart systems application designed to capture, log and analyze large volumes of data from sensors, such as we are describing here, peer computing devices will carry out the process of taking raw data and distilling it into information locally. Local processing is required to reduce the otherwise untenable Internet traffic challenges that arise from connecting billions of devices.

Machine learning, artificial intelligence and the Internet of Things are all in some way trying to break from todays computing paradigms to enable intelligent real-world [physical] systems. As these devices and systems become more and more intelligent, the data they produce will become like neurons of the brain, or ants in an anthill, or human beings in a society, as well as information devices connected to each other. The many nodes of a network may not be very smart in themselves, but if they are networked in a way that allows them to connect effortlessly and interoperate seamlessly, they begin to give rise to complex, system-wide behavior that usually goes by the name emergence. That is, an entirely new order of intelligence emerges from the system as a wholean intelligence that could not have been predicted by looking at any of the nodes individually. Theres a distinct magic to emergence, but it happens only if the networks nodes are free to share information and processing power.

When telephones first came into existence, all calls were routed through switchboards and had to be connected by a live operator. It was long ago forecast that if telephone traffic continued to grow in this way, soon everybody in the world would have to be a switchboard operator. Of course that did not happen because automation was built into the systems to handle common tasks like connecting calls.

From our view the movement towards peer-to-peer, and the view that many people hold that this is somehow novel, is ironic given that the Internet was originally designed for peer-to-peer interactions. We seem to be heading back to the future.

We are quickly approaching analogous circumstances in the IoT arena with the proliferation of connected devices. The tools we are working with today to make products smart were not designed to handle the diversity of devices, the scope of interactions and the massive volume of data-points generated from devices. Each new device requires too much customization and maintenance just to perform the same basic tasks. These challenges are diluting the ability of organizations to efficiently and effectively manage development.

We can now begin to imagine an application environment where there will be widely diverse operational technology (OT) computing devices running applications dispersed across sensors, actuators and other intelligent devices sharing and leveraging the compute power of a whole herd a smart building application, for example, where the processor in an occupancy sensor is used to turn the lights on, change the heating or cooling profile or alert security.

Todays platforms for Smart Systems and the IoT should be taking on the toughest challenges of interoperability, information architecture and user complexity. But theyre not.

What would truly liberated information be like? It might help to think of the atoms and molecules of the physical world. They have distinct identities, of course, but they are also capable of bonding with other atoms and molecules to create entirely different kinds of matter. Often this bonding requires special circumstances, such as extreme heat or pressure, but not always. In the world of information technology, such bonding is not all that easy.

We need better software to empower users and developers to exploit the vast potential of the Internet of Things.